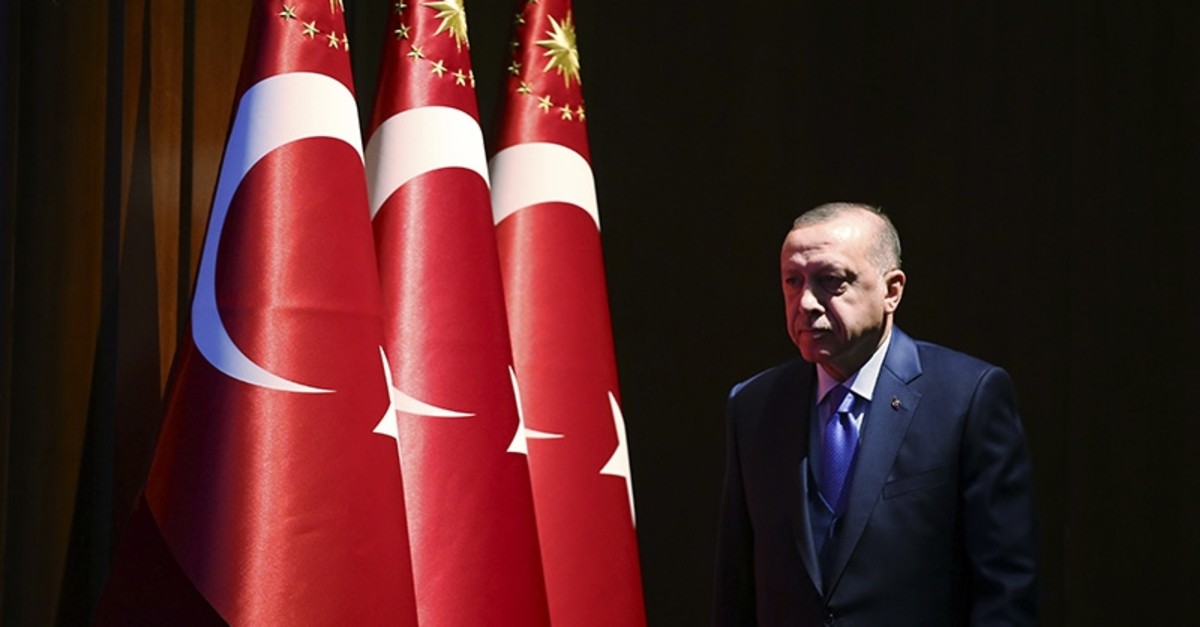 The president stated that 2019 had been a busy year and that the next year would be even more productive, with Turkey continuing to focus on its 2023 targets alongside efforts to facilitate regional stability.

"Turkey will ensure implementation of all elements of the agreements with Libya, in support of the country's legitimate government in Tripoli," the president said, adding that the maritime pact signed with Libya had "foiled plots" to exclude the country from its rights in the Mediterranean.

The president noted that the government had also introduced a number of projects welcomed by the public, including a public housing project covering 81 provinces, the first domestically produced fully electric automobile, the Kanal Istanbul Project and others.

"Today, Turkey looks at its future more confidently than ever and with a sense of hope," the president said, adding that the country would continue to maintain its unity, stability and welfare in the face of attacks.

Erdoğan ended the address with a message of solidarity, as he commemorated the soldiers killed in Turkey's anti-terror operation in the past year.
RELATED TOPICS