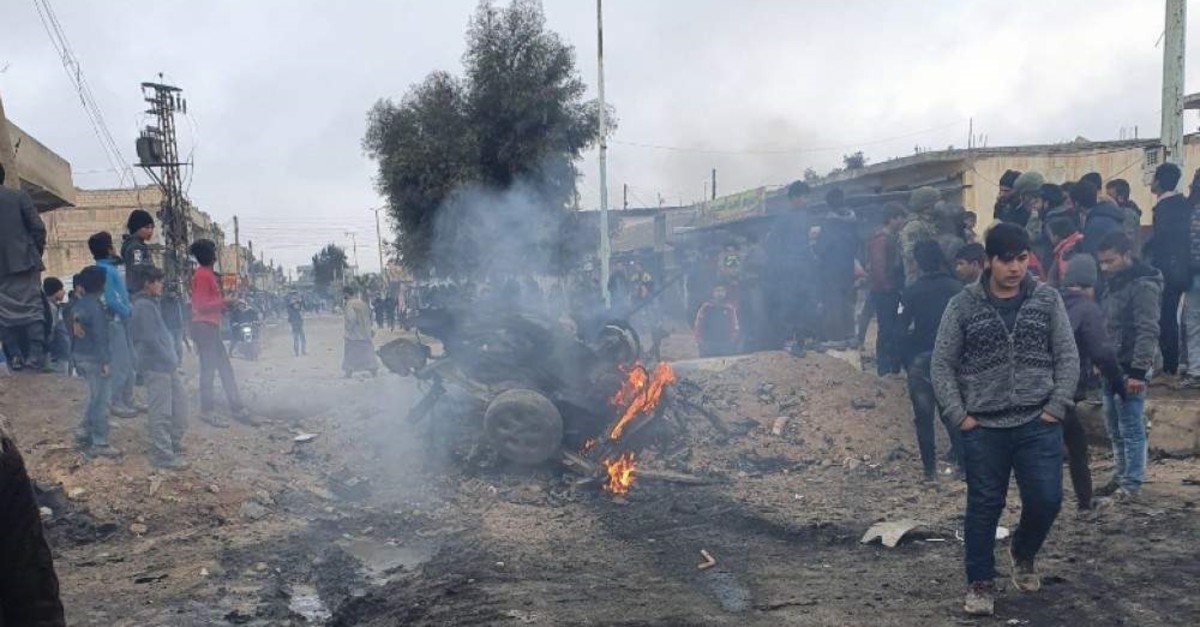 According to the ministry statement, the terrorists decided to detonate the vehicle on the outskirts of the Saluk Atik village after failing to enter due to Turkish-controlled checkpoints.

"PKK/YPG terrorists who tried to target the Saluk Atik village in Tel Abyad detonated their car bomb outside the village after being unable to enter due to the presence of TAF (Turkish Armed Forces) road checkpoints. 2 innocent civilians lost their lives and 4 were wounded," the ministry said on Twitter.

The statement also said that the assailant who carried out the attack was arrested.

Turkey launched Operation Peace Spring on Oct. 9 to eliminate terrorist YPG elements east of the Euphrates River in order to secure Turkey's borders, aid in the safe return of Syrian refugees and ensure Syria's territorial integrity. Tal Abyad was one of the main provinces to be liberated during the operation.

Since then, the YPG – the PKK's Syrian wing – has been targeting settlement areas liberated from the terrorist group.

"Our Syrian brother, whose car was seized by YPG terrorists in Ras al-Ayn and rigged with explosives, notified our soldiers of the situation at the first opportunity. Another catastrophe was averted by Turkish METI (mine/IED detection & disposal) teams, who detonated the vehicle in a controlled manner," the defense ministry said on Twitter about the incident that occurred within the area of Operation Peace Spring.

On Oct. 22, Ankara and Moscow reached a deal under which YPG terrorists would pull back 30 kilometers south of Turkey's border with Syria, and security forces from Turkey and Russia would mount joint patrols there.
RELATED TOPICS