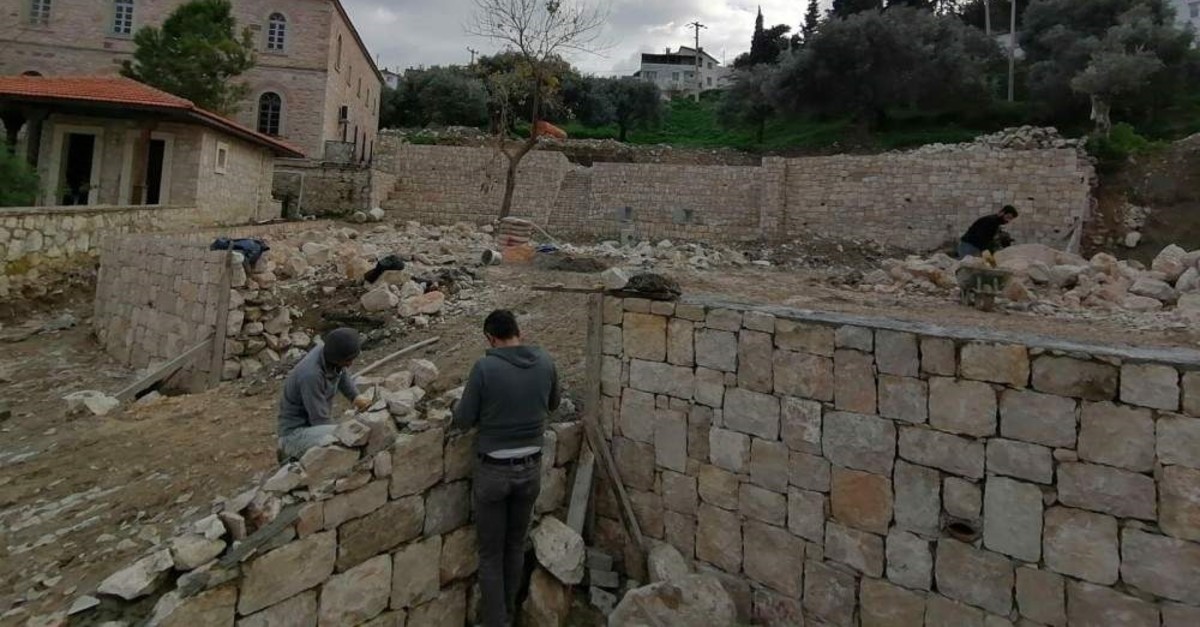 The mayor of a district in Turkey's western İzmir province was criticized after launching a project to construct a café on an area of historic land that had been a cemetery in the past.

Justice and Development Party (AK Party) Karaburun District Chairman Adem Avcı slammed main opposition Republican People's Party (CHP) Mayor İlkay Girgin Erdoğan, saying that the area is not suitable for the project as it had been a historic cemetery.

Bones and skulls were discovered during the digging process in Eğlenhoca neighborhood.

Neither Avcı nor officials specified how old the cemetery was, but Karaburun's history dates back to the ancient Ionian and Byzantine periods.

"They knew that this area was a cemetery but did not stop the construction work even though they found bones," Avcı told Demirören News Agency (DHA), adding that the mayor is after political gain.

Avcı argued that the construction work needs to be halted as soon as possible, as many people living in the area are outraged about it.

The mayor had also been criticized for appointing herself as the head of a municipal company, where she earned an additional TL 7,500 per month. She was forced to resign and donated her earnings to a school after facing a backlash.