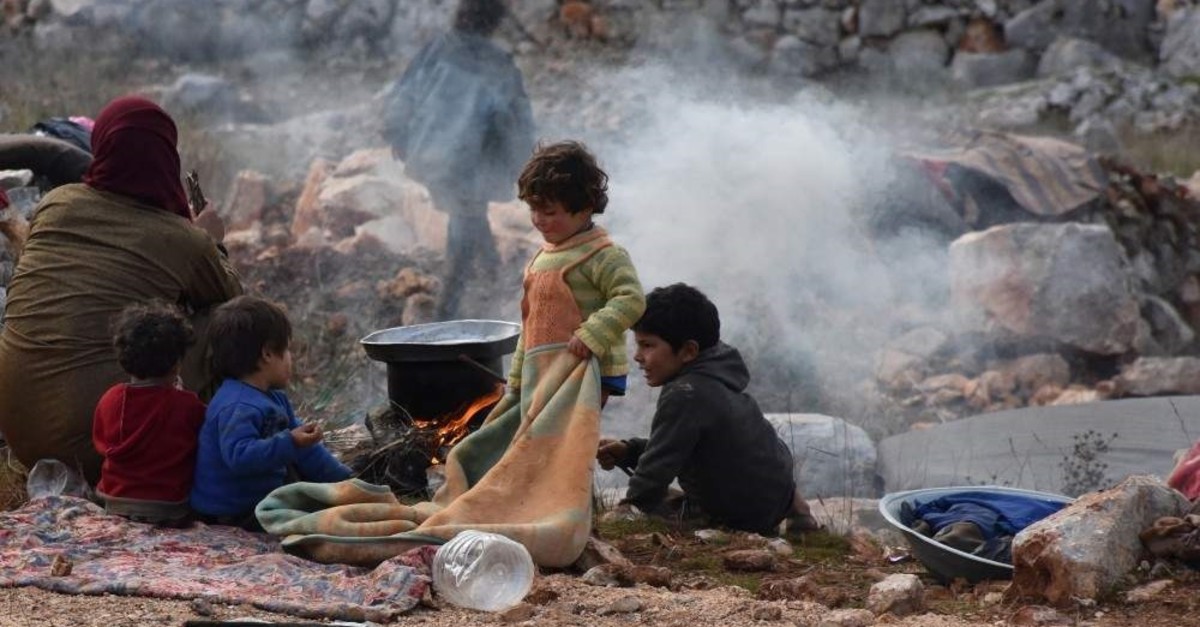 Many civilians who fled the attacks of the Assad regime and Russia live under grave conditions in a camp in Sarmada district, Syria ( Muhammed Abdullah - Anadolu Ajans?)
by Daily Sabah with AFP Jan 05, 2020 4:31 pm

More than 5 million people fled the country, while more than 7 million are internally displaced. Turkey is the country hosting the largest number of Syrian refugees with the latest numbers being around 3.7 million.

The total death toll does not include some 88,000 people who died of torture in regime jails, or thousands missing after being abducted by all sides in the conflict.

Syrians have also had to face the torturous regime prisons. According to a 2019 report by the Syrian Network for Human Rights (SNHR), at least 127,916 civilians are being held in regime prisons while 13,983 people died as a result of torture by regime forces.

The torture by regime forces, however, has not been restricted to only prisoners, as civilians have also been targeted 216 times with chemical weapons.

Furthermore, humanitarian relief facilities and vehicles were targeted 1,044 times by the Syrian regime and 403 times by Russian forces. Apart from the deaths, the regime also frequently blocks aid workers and aid efforts by detaining workers and bombing centers. Since the start of the war, 3,847 workers have been detained.

With the support of its backers, the Syrian regime has seized control of almost two-thirds of the country while it still tries to inch further especially by attacking the northwestern Idlib province, which is situated at a geographically significant point.

Syria's conflict is estimated to have set back the country's economy by three decades, destroying infrastructure, institutions, and paralyzing the production of electricity and oil.

The civil war in Syria erupted in 2011 when the Assad regime harshly responded to protesters who had poured onto the streets to demand more rights and freedom. The protests initially emerged following the Arab Spring demonstrations, which pressured strongmen in Egypt, Tunisia and Libya to step down.

The cruelty against protesters triggered a rebellion in significant parts of Syria, devolving into a brutal civil war before long. The fighting has caused hundreds of thousands of people, many of whom had already been displaced, to flee further north and seek shelter along the Turkish border.