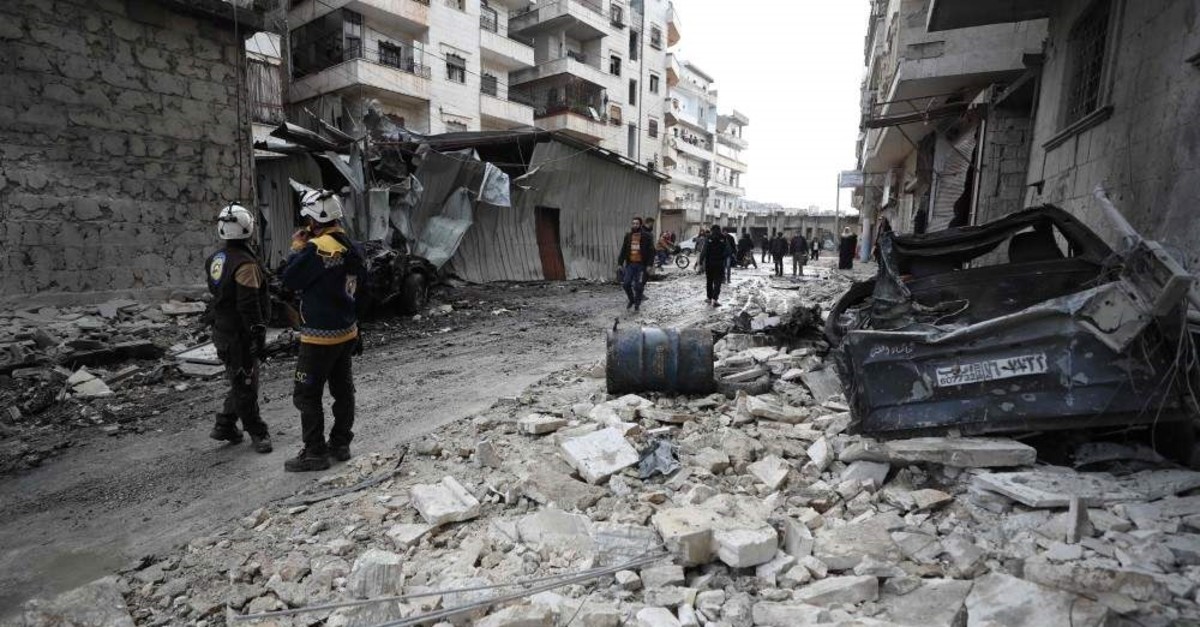 Syrian rescuers known as the White Helmets walk amidst the rubble scattered across a street following a reported regime air strike in the town of Ariha in the Idlib province, Jan. 5, 2020. (AFP PHOTO)
by Anadolu Agency Jan 05, 2020 5:38 pm

At least 10 civilians were killed and 20 others were injured on Sunday as the Syrian regime intensified attacks on settlement areas in Idlib throughout the de-escalation zone.

According to initial reports, Bashar Assad regime forces and Iranian-backed foreign terrorist groups have engaged in continuous air and land attacks on the Maarat Al-Numan, Saraqib and Ariha districts and surrounding rural areas in southern Idlib, as well as the village of Barna located west of Aleppo since early morning.

Reports suggest that seven civilians in Ariha, one in Saraqib and two in the village of Barna, were killed, while over 20 were injured in the attacks.

The White Helmets civil defense agency fears an increase in casualties as it continues to search and rescue efforts in the region.

Civilians are continuing to flee to areas near the Turkish border amidst further attacks.

Since then, over 1,300 civilians have been killed in attacks by the regime and Russian forces in the de-escalation zone as the cease-fire is persistently violated.

More than 1 million Syrians have moved near the Turkish border due to the intense attacks over the last year.