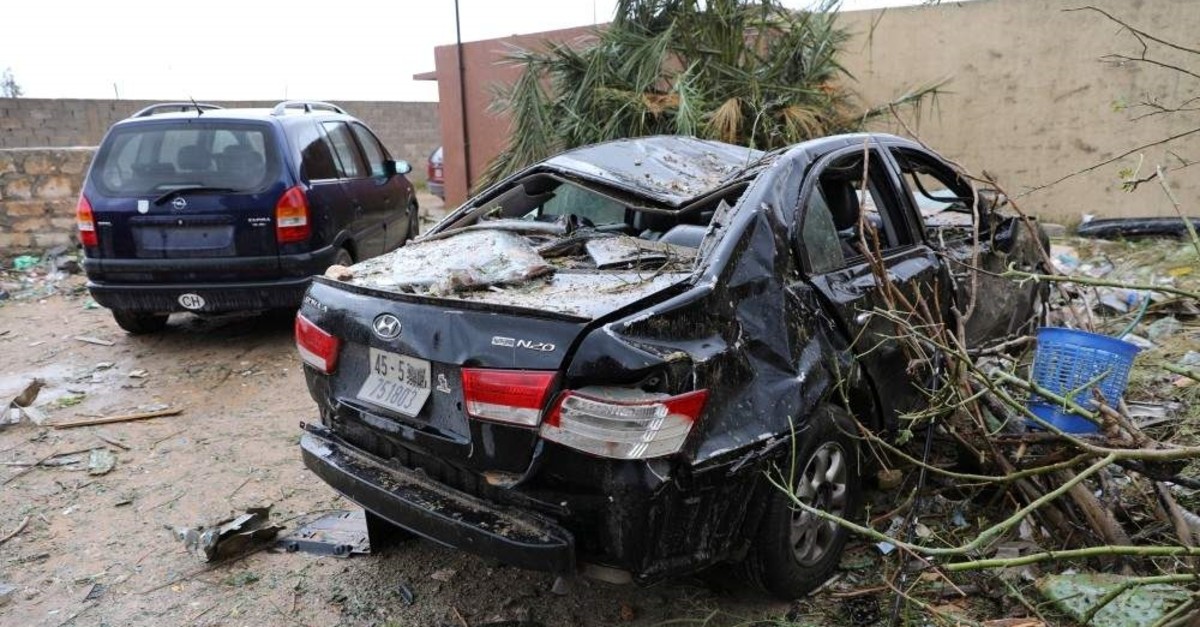 Libyan civilians, internally displaced due to attacks carried out by forces loyal to warlord Khalifa Haftar, dream of returning home in a more stable and peaceful environment.

Almost 150,000 civilians have fled toward relatively safer areas, under the control of the U.N.-backed Government of National (GNA), as Haftar's forces marched toward Tripoli since early April.

Anadolu Agency recently investigated the conditions at the refugee center in Abu Salim, which hosts the largest number of displaced Libyans.

The executives of the center said it has 52 rooms, some of which host two families in a 20 square meter area.

Civilians said the health conditions are getting worse and children are deprived of education. They are waiting for the war to end.

Muntasır Cilani al-Biraki, a 76-year-old who lives with his wife and six children in a room at the refugee center, said they fled on the first day Haftar's forces attacked the capital.

He added that they couldn't return to their house since. "People fled the bombing and destruction. How could you stay? People die. Everyone fled. They [Haftar's forces] opened the doors of our homes, looted everything. My car is still there. I left it and ran away. We could not even take our clothes."

Suad Mansur, a 34-year-old living with his pregnant wife, said they had to flee their homes two weeks after the launch of attacks. But said they want to return home.