Turkey does not want Iraq to become battleground for foreign powers, FM says 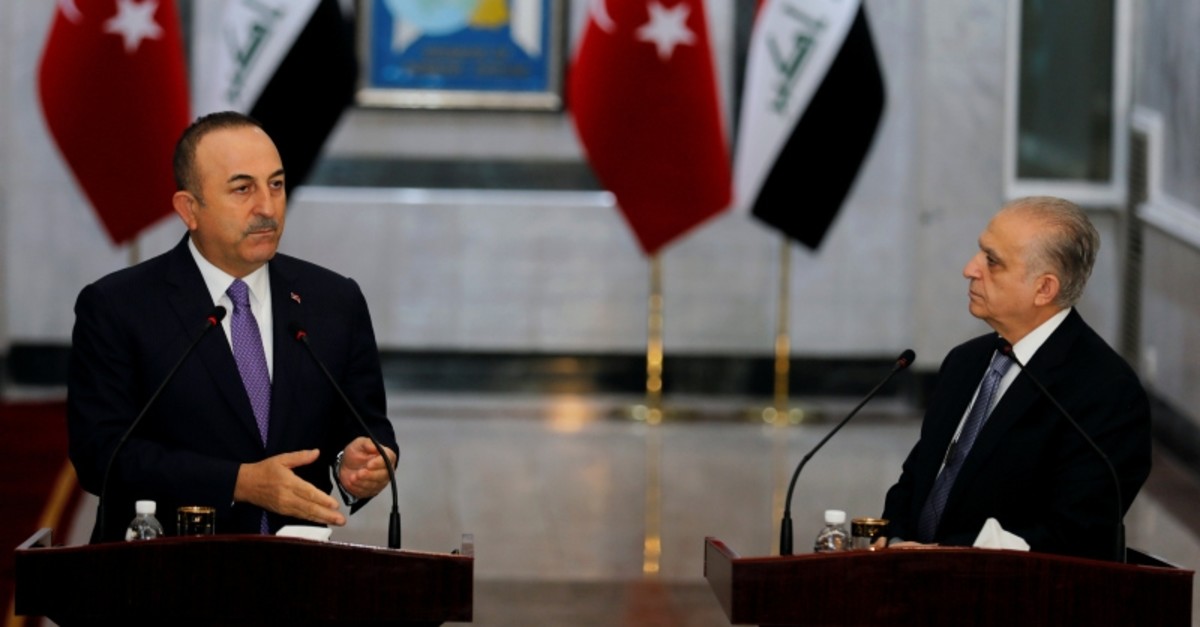 Foreign Minister u00c7avuu015fou011flu speaks at a news conference with Iraqi counterpart AlHakim in Baghdad on Thursday, Jan. 9, 2020 (AA Photo)
by Daily Sabah Jan 09, 2020 4:27 pm
Turkey supports the protection of Iraq’s territorial integrity and does not want its neighbor to become a battleground for foreign forces, Foreign Minister Mevlüt Çavuşoğlu said Thursday.
In a joint news conference with his Iraqi counterpart Mohamed Ali al-Hakim in Baghdad, Çavuşoğlu highlighted Turkey’s support for the country amid tensions between the U.S. and Iran.
“Iraq is not alone. We will work together with Iraq to overcome the difficult days,” Çavuşoğlu said.
The foreign minister noted that Turkey is against the idea of Iraq becoming a battleground for other countries because Iraq already has its own problems
Highlighting the need to work in cooperation to completely eliminate tensions, Çavuşoğlu said he spoke with the Iraqi Prime Minister and President to figure out what can be done in this regard. He pointed that the two countries are also working hard for the reconstruction of the war-torn country.
“We should not allow Daesh terrorists to re-emerge amid U.S.-Iran tensions,” Çavuşoğlu said, adding that Turkey and Iraq should also work together to eliminate the PKK terrorists.
He also noted that Turkey and Iraq welcome the relatively positive statements made by the U.S. and Iran on Wednesday.
The U.S. killed Iran’s top Revolutionary Guards Commander, Gen. Qassem Soleimani in Iraq, which created a major escalation between Tehran and Washington. Iran retaliated against the attack by targeting two Iraqi military bases housing U.S. troops in missile attacks, marking the most brazen direct assault on America since the 1979 seizing of the U.S. Embassy in Tehran.
Meanwhile, the Iraqi Foreign Minister Al-Hakim noted that he discussed a number of issues, including the Gulf, Libya and Syria with Çavuşoğlu. He thanked Turkey for its continuous support to Iraq.