Turkey ready to cooperate with all Mediterranean actors, except Greek Cypriots 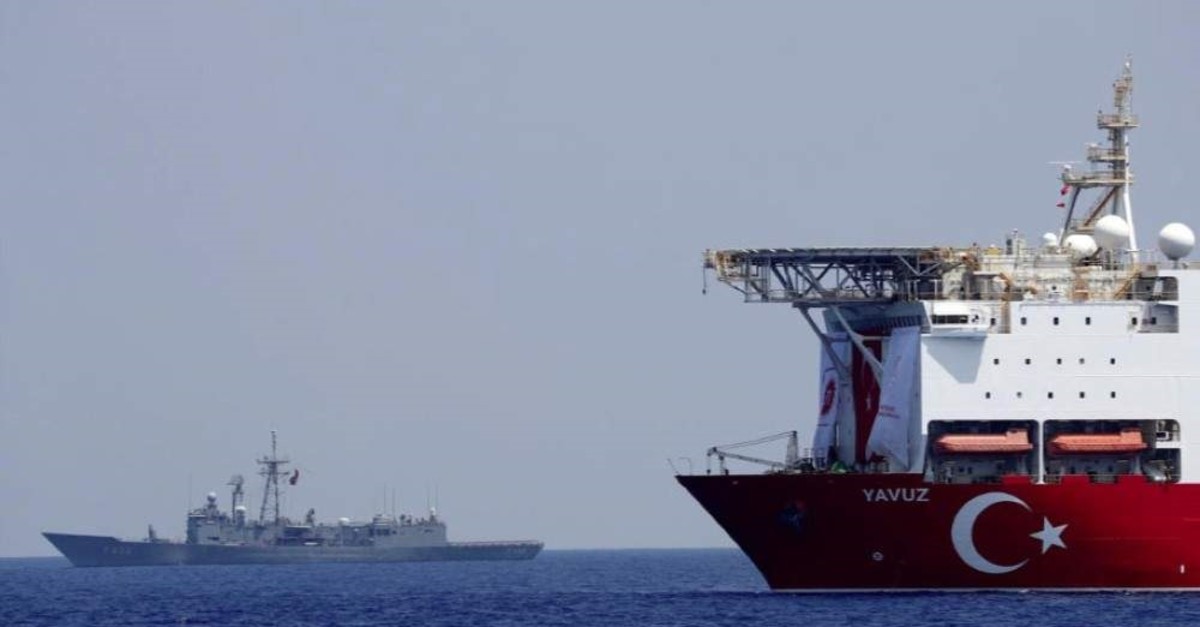 Ankara is ready to sit at the table with all the regional countries in the Eastern Mediterranean, except for the Greek Cypriot Administration of Southern Cyprus (GCASC), Turkey's Foreign Ministry said Thursday.

"In order to turn the Eastern Mediterranean into a cooperation zone rather than a conflict zone, we (as Turkey) are ready to cooperate with all of the countries except for the GCASC," the ministry stated.

The ministry's statement came following a meeting of Greece, France, the GCASC and Egypt in Cairo where Turkey's initiatives in the region have been misjudged. Underlining that the claims of the aforementioned countries regarding the developments in the Eastern Mediterranean are based on "unrealistic arguments," the ministry stated that Turkey's memorandum with Libya on the issue is completely "lawful" and "legitimate."

"These memorandums are a response to the parties that try to overlook our country and Northern Cypriots in the Eastern Mediterranean," the statement expressed, adding that the anti-Turkey remarks made following the meeting in Cairo prove how rightful Ankara was in taking those steps with Libya.

On Wednesday, after the meeting in Cairo, Greece, Egypt, France and the GCASC declared Turkey's deal with Libya "null and void." Italy, on the other hand, despite attending the meeting, refused to sign this declaration.

Egypt announced Monday that it will hold a meeting with four European Mediterranean countries about developments in neighboring Libya following the Turkish Parliament's decision to deploy troops to the country.

Following Turkey's decision to deploy troops, some countries, including the UAE and Saudi Arabia, have tried to defame Turkey by creating propaganda on social media. Egypt has also talked with U.N. Secretary-General Antonio Guterres to defend its view that Turkey's deployment of troops threatens the country's stability.

Egypt also slammed maritime and military deals signed between Ankara and Tripoli in November as "illegitimate."