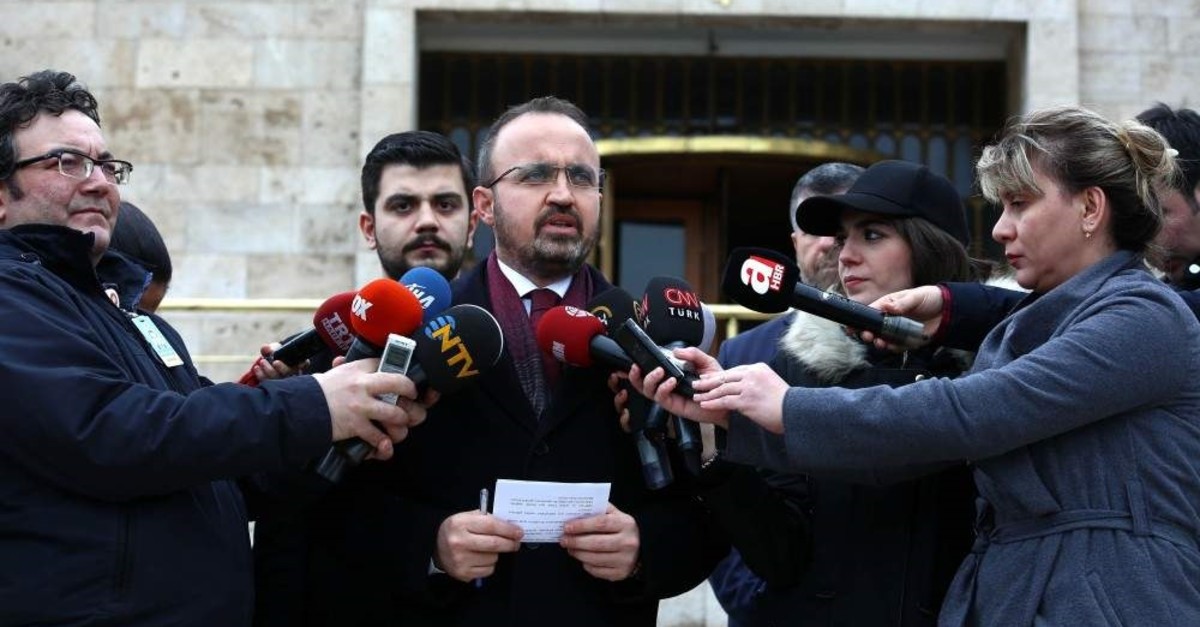 Speaking at the local Seventh General Assembly of the party in western Çanakkale, Turan said that around five colleagues from different parties would join the party in ceremonies held on a weekly basis.

"We will see how the AK Party grows as other parties continue fighting among themselves," he said, adding that the strength of the party would strengthen the country.

AK Party sources had previously stated that the AK Party had accepted the applications of 35 of 85 district mayors who fulfill the criteria to join the party.

They noted that the district mayors are expected to officially join the party at the upcoming parliamentary group meeting on Jan. 14.

The AK Party held a meeting two weeks ago to discuss the transfers and evaluate which candidates would fulfill the criteria to join the party, the sources said, adding that President Recep Tayyip Erdoğan will pin the district mayors' party badges in the upcoming parliamentary meeting.

Some sources have claimed that certain members of the İP, which formed an alliance with the CHP in the March 31 local elections, were disturbed about the latter main opposition group's secret cooperation with the pro-PKK People's Democratic Party (HDP) and chose to join the AK Party as a result of their frustration.

The HDP announced that it would not nominate mayoral candidates in seven major municipalities, including Istanbul, Izmir and Ankara, in the March 31 local elections. The decision raised questions about a possible secret alliance between the CHP and HDP, despite both parties refuting such claims.

The HDP's declaration not to nominate candidates in certain key provinces angered many party members within the Nation Alliance formed by the CHP and İP. Some members of the İP even resigned to join the ranks of the ruling AK Party in protest of their party's administration.

In a bid to appease the party organization in the face of these developments, İP Chairwoman Meral Akşener previously announced that her party would not present candidates in eastern province of Iğdır and the Ahlat district, where the HDP's voter base is strong, advising other parties to do the same in order to prevent the HDP from taking over these municipalities.

The CHP refrained from officially including the HDP in its electoral alliance with the İP amid fears of a possible backlash from its secular-nationalist voter base. In the June 24, 2018 general elections, however, the CHP urged its voter base to vote for the HDP to stop the AK Party from having a single majority – however, the HDP failed to surpass the 10% threshold needed to assume their seats in parliament.