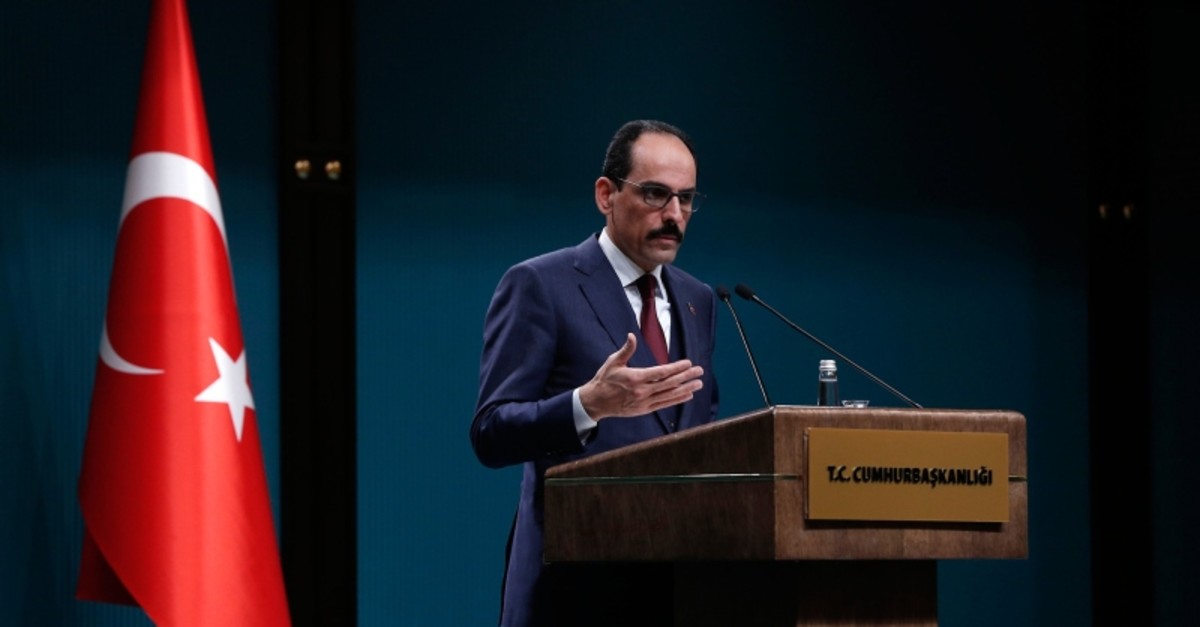 | AA Photo
by daily sabah Jan 12, 2020 12:54 pm
The cease-fire reached in Libya is a concrete result of Turkey’s peace efforts in the region, Presidential Spokesperson Ibrahim Kalın said Sunday.
Kalın’s statement followed Libyan warlord Khalifa Haftar's announcement accepting Turkey and Russia’s call for a truce.
Highlighting Turkey's efforts in the name of peace in the region, Kalın stated, “Diplomacy is a matter of managing a process, and the main goal is to facilitate peace, security, stability and prosperity in our country and in the region,” Kalın said on Twitter.
Earlier this week, Turkey and Russia urged Libya's warring parties to declare a cease-fire by Sunday as warring factions clashed and carried out airstrikes in a conflict drawing increasing foreign involvement and concern.
Haftar quickly announced his rejection of the cease-fire, a decision which was reversed Sunday night.
In April, Haftar launched an offensive against Libya's Government of National Accord (GNA), a military campaign that a U.N. panel of experts said had "unleashed new transfers of military equipment" to Libya.
The GNA recently made a formal request for "air, ground and sea" support from the Turkish military in order to help fend off an offensive from the forces of Haftar, who was attempting to take control of the capital, Tripoli. Turkey backed the U.N.-backed government against the militia and mercenaries of the latter self-proclaimed military chief, last week deploying troops to Libya to aid GNA leader Fayez al-Sarraj.
Since the ousting of late leader Moammar Gadhafi in 2011, two seats of power have emerged in Libya – Haftar in eastern Libya supported mainly by Egypt and the United Arab Emirates, and the GNA in the capital Tripoli, which enjoys U.N. and international recognition.
Last Update: Jan 12, 2020 2:16 pm
RELATED TOPICS