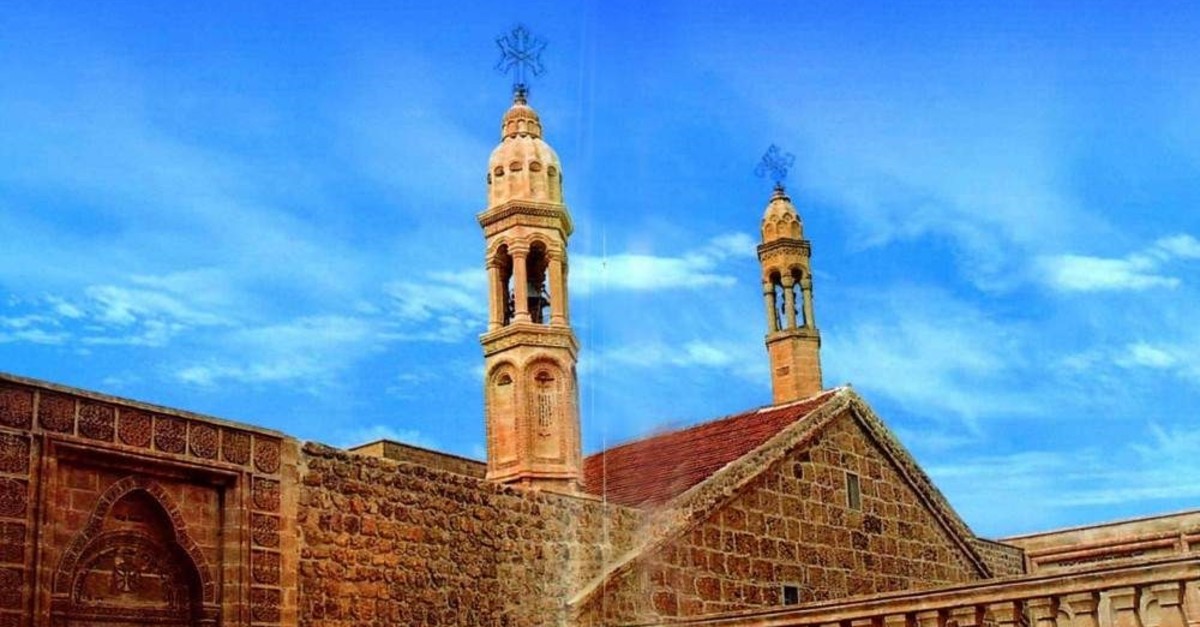 A priest detained on terrorism-related charges last week is suspected of aiding and abetting PKK terrorists by providing them shelter in the monastery in southeastern Mardin province.

Sefer Bileçen, the priest of the Mor Gabriel Monastery, the oldest surviving Syriac Orthodox monastery in the world, was detained Thursday along with 12 other suspects. While eight of the suspects’ interrogations are still ongoing, four suspects, including Bileçen, have been referred to the court after being interrogated. In the end, Bileçen was arrested, while three others were released on bail.

Information released Monday stated one of the crimes Bileçen is charged with was letting PKK terrorists hide in the monastery. According to the investigation file prepared by Mardin's Chief Public Prosecutor's Office, two terrorists from the "mountains cadres" of the terrorist group were found through drone surveillance hiding in the monastery on Sept. 30, 2018. Monitoring the movements of the terrorists for two days, security forces decided to launch an operation after suspecting the terrorists could flee to rural areas. According to the investigation, a senior terrorist identified as E.K. – a member of the PKK's so-called tripartite executive council using the codename "Medya" – was killed during the operation. E.K. was an active member of the terrorist group since 1992 and took part in various terrorist attacks.

A year after the incident, on Sept.11, 2019, another terrorist code-named “Rojhat” surrendered to security forces at the Habur Customs Gate to Iraq and confessed to hiding in the monastery.

Another surrendered terrorist with the initials M.K., code-named “Diyar,” also confirmed the support of the priest to the terrorist group as well as the PKK’s confidence in him through his testimony taken on on Dec. 24, 2019.

Upon the confessions of the terrorists and physical surveillance, Bileçen was arrested following an operation on the monastery along with Joseph Yar, the local headman (mukhtar) of nearby Üçköy village, who was later released.

The Turkish Armed Forces (TSK) eliminated 1,789 terrorists in military operations in 2019. As part of Turkey's fight against terrorism, the military regularly conducts both internal and cross-border operations, targeting terrorists as well as their equipment, weapons, caves, shelters and hideouts.

Turkish security forces have focused their counterterrorism operations in the eastern and southeastern provinces of Turkey, where the PKK has attempted to establish a strong presence and base. Thanks to these operations, many terrorists have since surrendered to Turkish security forces. The number of terrorists surrendering to forces reached eight in the first week of 2020, according to the Interior Ministry’s statements on Friday.