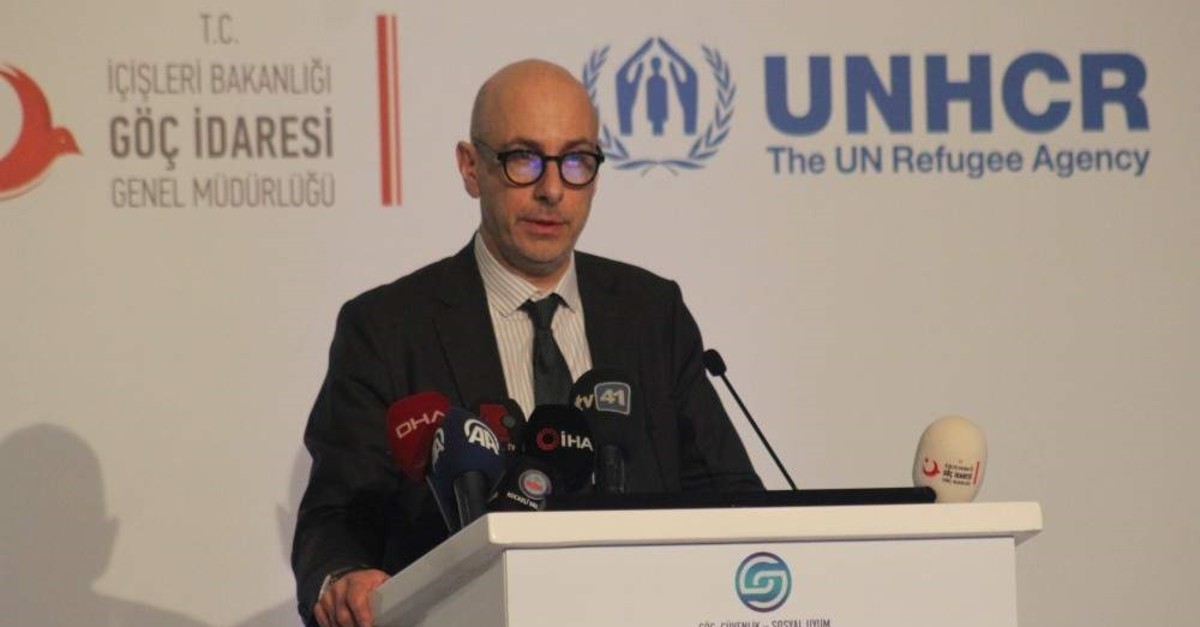 Speaking at a workshop for migration, security and social cohesion in northwestern Kocaeli province, Çataklı said that almost all actors, except Turkey, have had a hand in creating more issues in Syria and prolonging existing ones.

"Throughout the course of this issue that has rage for over nine years in Syria, not one country involved, with the exception of Turkey, has faced up to the humanitarian cost of their policies. None of them have taken responsibility for solving the humanitarian issues brought about as a result of their own policies. They have all simply produced problems while causing existing problems to grow. This showed us that some have their own interests in Syria. On the other hand, Turkey has a real problem there," he explained.

Çataklı stated Tuesday that more than 98% of Syrians in Turkey lived in cities, rather than refugee camps, and that Turkey had exerted great efforts and made many sacrifices to allow for the settlement of Syrians, despite being the country most affected country by events in Syria.

The Syrian civil war, which broke out in 2011, has killed hundreds of thousands and forced more than 5 million people to flee the country, while more than 7 million are internally displaced.

Since the war broke out in 2011, Turkey has received a constant flow of displaced Syrians fleeing the conflict, with the numbers of refugees expanding from thousands to millions.

Turkey hosts the largest number of refugees and is the country that spends the most on humanitarian aid per capita. According to Interior Ministry figures, the number of refugees was 4.2 million in 2017 and has now reached 4.9 million. While 3.7 million Syrians are living in Turkey, more than 415,000 Syrian children have been born in Turkey since the start of the civil war in 2011. Refugees from Syria now account for about 4.29% of the total population. Women and children make up a majority of the refugees.

Furthermore, Ankara has spent $40 billion for the refugees so far, despite a lack of support from the international community.