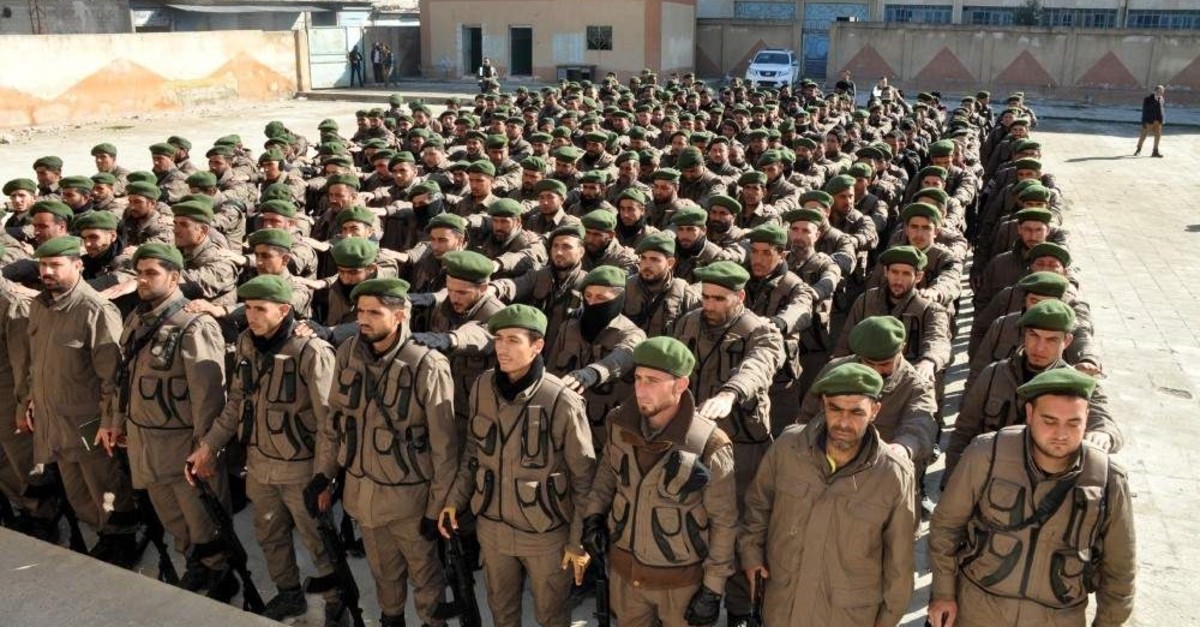 Around 400 Syrian police officers will work in areas cleared from terrorists after receiving training in Turkey.

The police officers arrived in the southern Turkish province of Adana to receive training on police regulations, response to societal unrest, discipline, the disposal of improvised explosive devices (IEDs), operations in residential areas, as well as applied training on other matters, the Ihlas News Agency reported.

Officers who successfully complete the training will start working as police in Tal Abyad and surrounding areas and will be dispatched in different units, the report said.

Besides the counterterror fight, police will also address smuggling, organized crime and other issues.

This training program is similar to one conducted after Operation Euphrates Shield against terrorist elements in northern Syria. During the training program following Operation Euphrates Shield, more than 5,000 Syrians participated in five different police academies. Syrians, who participated in December 2017, started their duties as "Special Forces" in the Syrian towns of al-Bab, Azaz, Jarablus and Al-Rai.

Operation Euphrates Shield was completed in March 2017 and the region was secured while the fight against Daesh still goes on. Since the beginning of 2019, 492 Daesh terrorists have been caught. On the other side, it enabled 380,000 Syrian refugees to voluntarily return to their homes in the region.

Operation Olive Branch had been completed in March 2018, yet the military's efforts to secure and establish safety in the region still continues. Following the liberation of the region, 65,000 Syrians returned.

Conducting these operations, Turkey lays high emphasis on protecting the environment, religious and cultural sites and civilians. As part of the efforts of normalization, 40 out of 66 planned control points were built in the region and 135,000 Syrians returned.