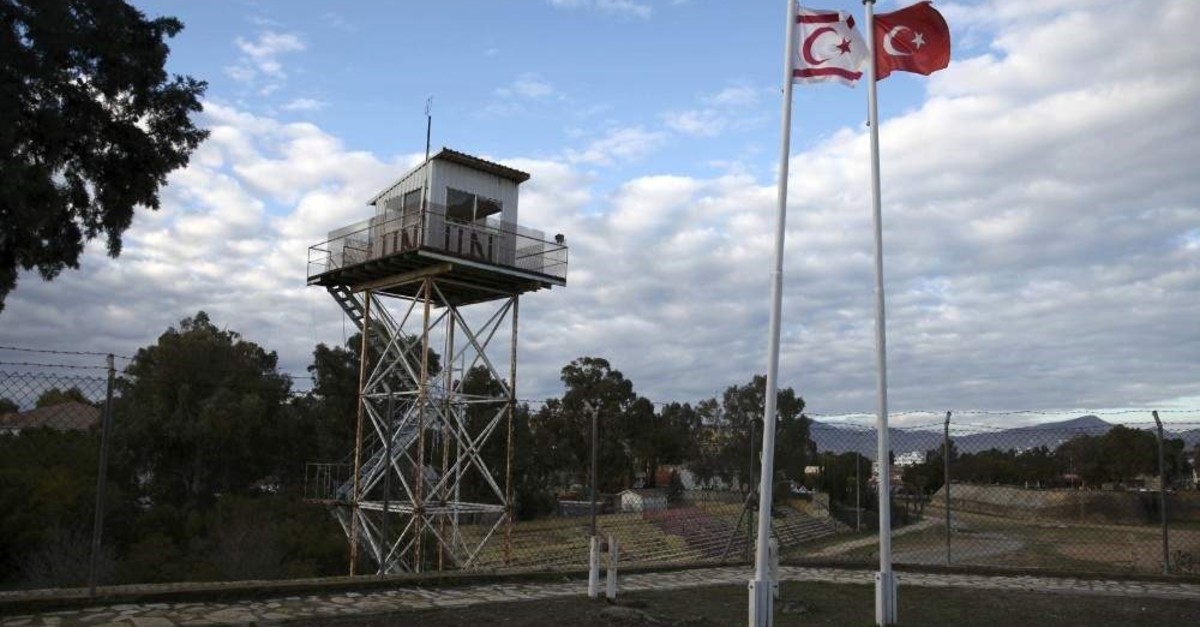 A U.N. guard post is seen in the buffer zone as a Turkish and a Turkish Cypriot flag wave on the Turkish Cypriot northern part of the divided city of Lefko?a. (Reuters File Photo)
by Anadolu Agency Jan 21, 2020 10:43 am

The United Nations envoy to Cyprus warned Monday of "growing skepticism" among the island's population that recent diplomatic efforts between the rival communities will herald a comprehensive peace deal.

Speaking with reporters at the U.N. headquarters, Elizabeth Spehar, the special representative and head of the United Nations Peacekeeping Force in Cyprus (UNFICYP), called for more efforts to broach differences between the Turkish and Greek communities on the divided Mediterranean island.

"According to recent polls in Cyprus, there remains a strong desire for a comprehensive settlement in both communities. But at the same time, there's growing skepticism as to whether it's still possible," said Spehar.

Spehar spoke after briefing the 15-nation U.N. Security Council behind closed doors about the latest developments in Cyprus, which has been divided since a military dispute between Greece and Turkey in the 1970s.

She praised the progress made during a meeting between U.N. Secretary-General Antonio Guterres, President Mustafa Akıncı of the Turkish Republic of Northern Cyprus (TRNC) and Greek Cypriot leader Nicos Anastasiades in Berlin last November.

"The leaders' role remains critical, and the role of the guarantor countries is of course also key to arriving at a solution," said Spehar, referring to Turkey, Greece and the U.K.

"The secretary-general has urged the leaders, the guarantor powers and other interested parties to make productive use of the coming period in order to concretely and convincingly demonstrate that upon a return to the negotiation table, this time it would indeed be different," he said.

The decades since have seen several attempts to resolve the Cyprus dispute, all ending in failure. The latest, held with the participation of the guarantor countries, came to an end without any progress in 2017 in Switzerland.

While leaders on both sides have agreed to the principle of re-unifying Cyprus, there are different interpretations of how power would be shared between the two communities and how the property rights of displaced Cypriots would be managed.