Turkey ready to work with all actors to restore peace in ME, FM Çavuşoğlu says 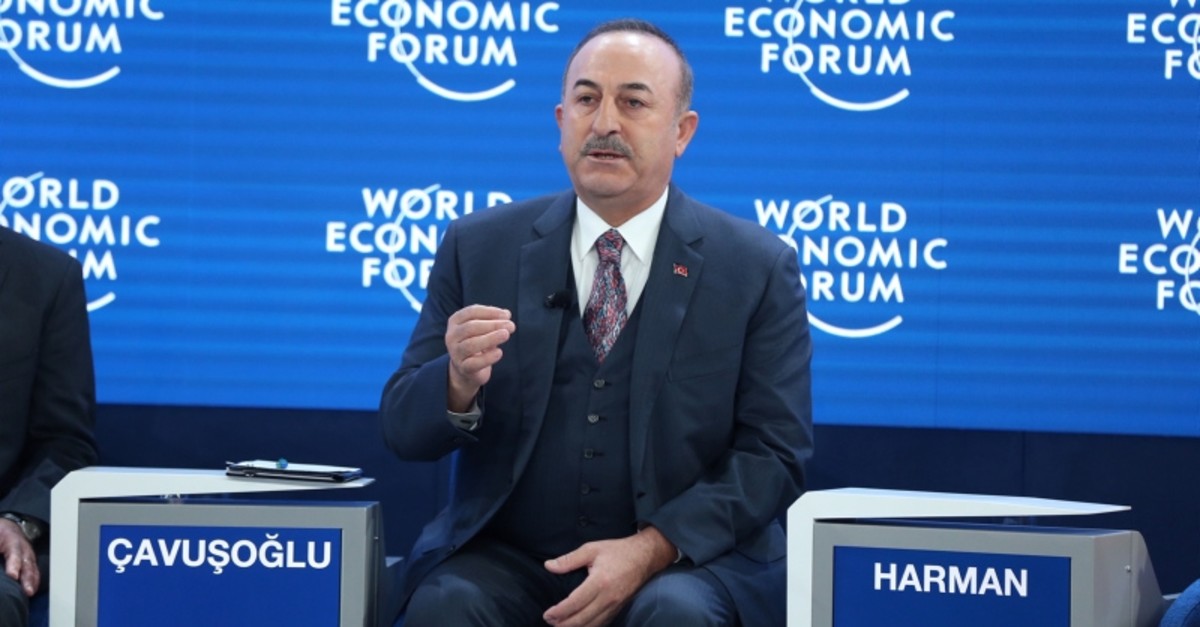 Turkey's cooperation with different actors displays that the country is genuine about its intentions to restore peace in the Middle East, Foreign Minister Mevlüt Çavuşoğlu said at the World Economic Forum in Davos on Wednesday.

"Our cooperation with Russia clearly shows that we are ready to work with anyone to restore peace in the Middle East," Çavuşoğlu said, in reference to Turkey's diplomatic efforts to ensure peace in Libya and Syria through a political process.

He noted that Turkey was pushed into cooperating with Russia after European allies failed to cooperate on "most pressing problems" in the Middle East.

Çavuşoğlu said that while all sides expressed commitment to a sustainable truce, putschist General Khalifa Hafar did not sign the cease-fire deal in Moscow.

Regarding the situation in Idlib, Çavuşoğlu said that the Assad regime is increasing attacks, which is deteriorating the humanitarian crisis there.
"In Idlib, we are working with Russians to ensure a cease-fire but not it is not easy to sustain," Çavuşoğlu said.