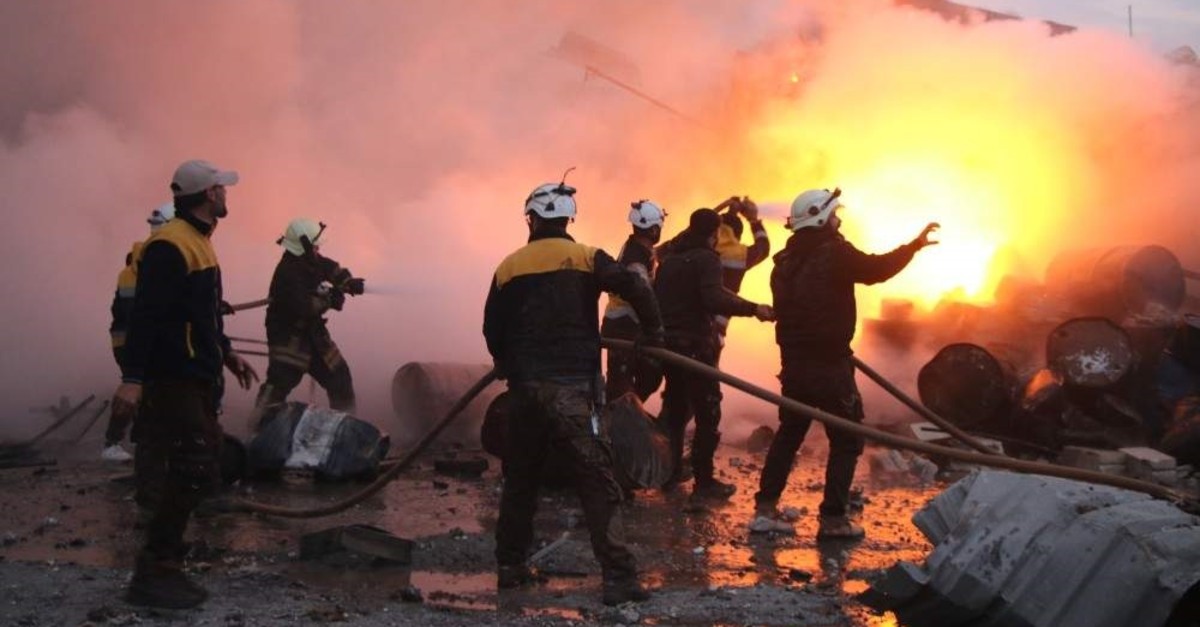 The European Union in a statement on Thursday called the Syrian regime and its allies to stop a new offensive hurting civilians near Idlib in northwestern Syria, for a second time in a month.

"The renewal of the offensive in Idlib, including repeated airstrikes and shelling targeting civilians, are unacceptable and must cease," the European External Action's Service spokesperson, Peter Stano, said in the statement.

Airstrikes by the Syrian regime and its backers have killed at least 35 people in the last few days in northwest Syria. More than 350,000 civilians have been displaced.

The EU's foreign and security policy service reaffirmed its commitment to keep the sanctions against the Assad regime as long as the "brutal attacks" continue and urged them to give safe access for humanitarian organizations that deliver help for the civilians in need.

The statement warned that fighting the U.N.-listed terrorist groups in the region does "not permit international humanitarian law to be ignored" despite the fact that the EU shared its concerns about the security threat these terrorist groups pose.

Though the EU communication did not name them, the Russians carried out the recent airstrikes in violation of a September 2018 agreement between Turkey and Russia to turn Idlib into a de-escalation zone in which acts of aggression are expressly prohibited.

Since then, more than 1,300 civilians have been killed in attacks by the regime and Russian forces as the cease-fire continued to be ignored.

A total of 1 million Syrians migrated closer to the Turkish border last year to try to escape the intensified attacks.