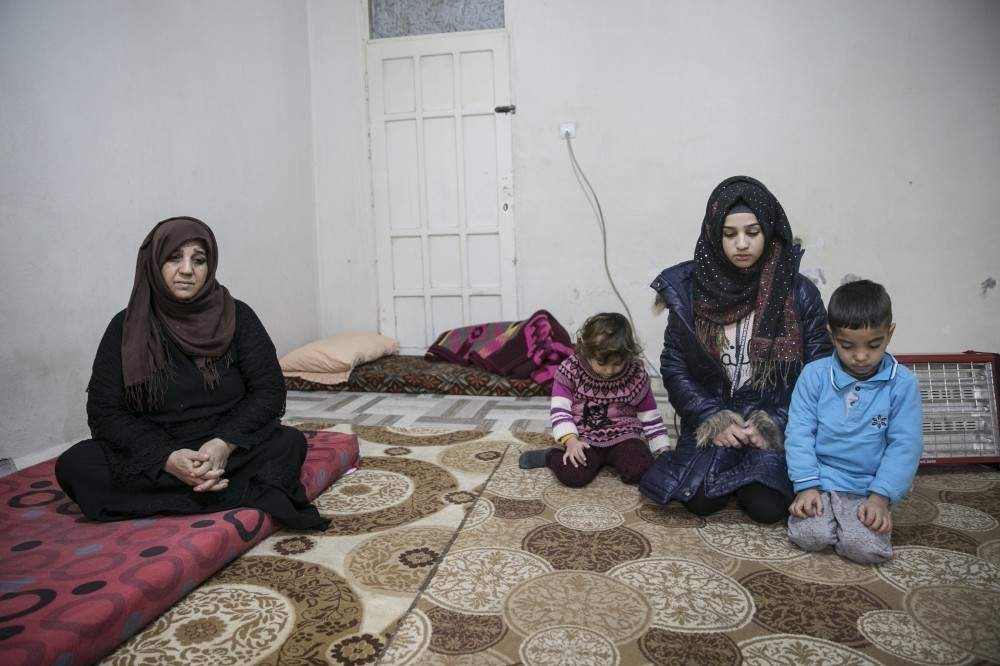 Fawziyah al-Halef, remembering how she managed to live after losing 27 of her family members, including her husband, children and grandchildren, to the civil war, said, “I’ve survived, because they thought I was dead already.”

Living with her remaining three grandchildren and a daughter in southern Turkey’s Hatay province, 47-year-old Halef is trying to hold onto life.

Halef had to leave her country after her family was killed four years ago during the Syrian regime’s attacks on Homs province.

“It is impossible to forget what they did,” she said, speaking to Anadolu Agency (AA).

However, according to Halef, even after the attack, the regime forces did not leave her alone and forced her to deny her experiences.

The "regime has offered me a big price in return for claiming that the opposition forces conducted the attack. However, my life is not for sale,” she said, adding that her husband was a regime soldier once but resigned after the war erupted.

“We have always faced violence where we live. Despite this, we did not want to leave our lands. Yet, that day (the day her family killed) ruined all our lives,” Halef said.

Expressing that she is aiming to survive for the sake of her daughter and grandchildren, Halef said that the children still long for their dead mother.

“My granddaughter Hade sleeps with the baby doll that her mother once gifted her. She can smell her mother's scent on the doll. They (the grandchildren) are my life. They are my only consolation,” she said.
She said she wishes all of them a happy life.
The conflict in Syria has killed more than 500,000 people and forced more than 5 million people to flee, while some 7 million remain internally displaced. Refugees mainly took shelter in Turkey, Jordan and Lebanon with Turkey hosting the largest number of Syrian refugees. Some of them have sought to reach Europe via the Aegean and Mediterranean seas, but hundreds died en route to Greece and other littoral countries.
Turkey is home to some 3.6 million Syrian migrants who fled the civil war, which has been ongoing since 2011 when Bashar Assad's regime brutally repressed peaceful calls for democracy. Sharing a 911-kilometer border with its southern neighbor, Turkey has repeatedly proposed establishing a safe zone in northern Syria to stop further refugee influxes into its own territory and into Europe, and to relocate Syrians living in migrant camps in Turkey while providing conditions allowing others to return.