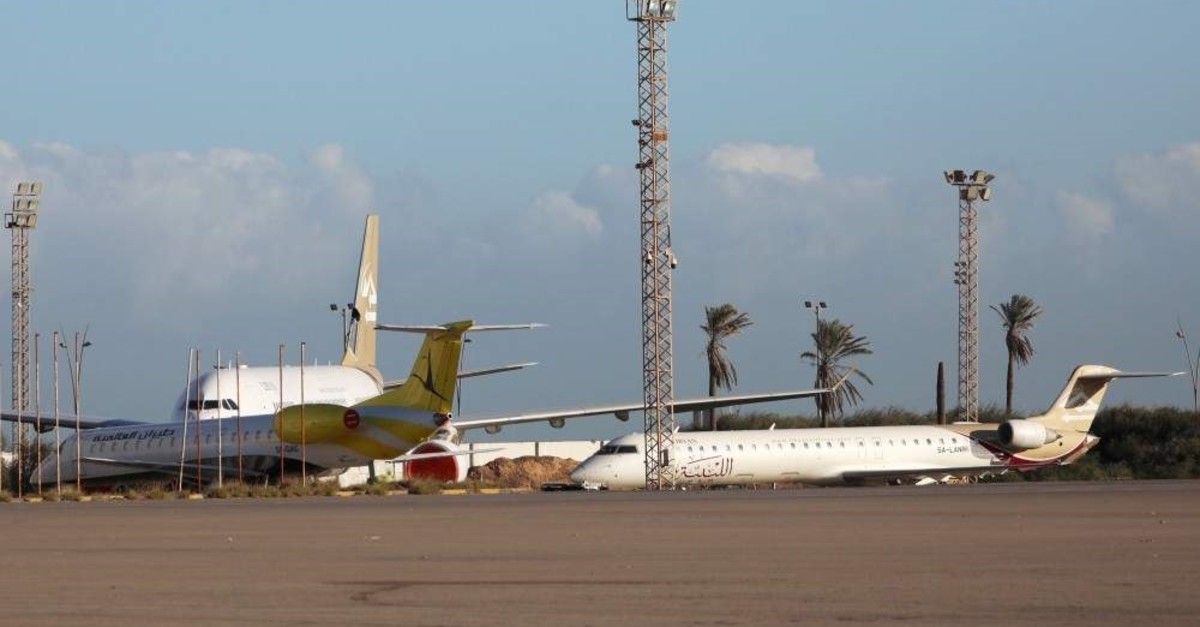 Putschist Gen. Khalifa Haftar’s spokesman Ahmed al-Mismari openly declared late Sunday that Haftar forces are seeking a military solution instead of a political one in the ongoing Libyan crisis, thereby undermining the international community’s efforts for peace and a cease-fire.

“The solution to the problem in Libya is not by political means but by force of arms,” Mismari stated on social media, referring to international initiatives to defuse the country’s crisis.

Mismari’s statements came after forces loyal to Haftar intensified their attacks on Misrata's Abu Qurain area Sunday, as was announced previously by Abdul-Malik al-Madani, a spokesman for Burkan al-Ghadab, operations head of the Government of National Accord (GNA). Mismari claimed that the attacks on the region were conducted with the aim of defense, saying “this was a preventive operation against the military activity here.”
The GNA on Monday decided to review dialogue with Haftar to determine whether a political solution is still viable given continuous assaults by Haftar's militias. Leaders from the GNA called on countries that brokered the cease-fire at the Berlin conference on Jan. 19 to hold Haftar accountable for his military actions.

Meanwhile, Mohamed Gnounou, a military spokesman for the GNA, stated Sunday that the Haftar militia proved they would not abide by the cease-fire and warned civilians to protect themselves from Haftar's mercenaries in the region, stretching from Abu Qurain to eastern Sirte province.

“Haftar’s militias have proved that they will not abide by the promise and agreement. Our forces have eliminated some armored vehicles just as they have seized Egypt-made military equipment and ammunition,” Gnounou said in a written statement, adding that GNA forces captured foreigners, among whom there are mercenaries.

Later on the same day, at least two civilians were injured after forces loyal to Haftar launched renewed attacks on Mitiga Airport in the Libyan capital Tripoli. The attacks came hours after the U.N. mission in the country condemned ongoing violations of an arms embargo. The U.N. Support Mission in Libya (UNSMIL) condemned "in the strongest possible terms" the rocket strikes on the airport, which has been hit by repeated attacks in recent months.
A military commission that will discuss the cease-fire between Libya's warring parties, as laid out during the Berlin conference, is expected to convene this week in Geneva.

Haftar’s forces have intensified their attacks on Tripoli and GNA-controlled areas ahead of this meeting, violating the cease-fire. Haftar militias also killed a civilian of Moroccan origin and injured five Libyans Saturday in an attack on areas around the capital’s only operational airport, Mitiga, using Grad missiles, according to a statement on Saturday from Ghadab.

On the other side, a passenger plane that was scheduled to land at Mitiga Airport had to change course due to the missile attack on Saturday. The airport has been hit multiple times since the start of a monthslong offensive by militias led by eastern-based Haftar to seize Tripoli from the U.N.-recognized GNA and has been closed and reopened on several occasions.

On Jan. 12, the conflict parties announced a cease-fire in response to a joint call by the Turkish and Russian leaders. But the talks for a permanent cease-fire deal ended without an agreement after Haftar left Moscow without signing the deal. Similarly, an attempt of the international community to find a solution to the Libyan crisis in the German capital Berlin on Jan.19 remained inconclusive. Since then, attacks of Haftar’s forces have continued without regard to civilians.

The conflict deepened in April last year when Haftar, who controls much of the south and east of Libya, launched an assault to seize Tripoli. Since the ousting of late ruler Moammar Gadhafi in 2011, two seats of power have emerged in Libya: one in eastern Libya supported mainly by Egypt and the United Arab Emirates and the other in Tripoli, which enjoys U.N. and international recognition. The GNA led by Fayez al-Sarraj has been under attack since April by Haftar's forces, with fighting killing over 280 civilians and 2,000 fighters.
German FM calls for U.N. resolution
German Foreign Minister Heiko Maas on Monday urged the U.N. Security Council during a press conference in Berlin to adopt a resolution on Libya with the aim of stopping violations of the cease-fire and arms embargo.
"The cease-fire has been a very fragile one so far, and thus it will be important now to make sure that the U.N. Security Council endorses what we agreed in Berlin with a resolution," he said, referring to the talks at the U.N. scheduled for Thursday.
"We want to once again impress upon all those who intend to continue to violate the embargo, or have done so, and demonstrate to them that this will have consequences for them," he added.

As Haftar’s forces continue to target settlements and populated areas regardless of the presence of civilians, al-Safwa hospital in al-Hadaba district was targeted Monday, causing the medical facility to close its doors. Three civilians were injured due to the attacks on the hospital. Haftar militias have attacked medical facilities, staff and ambulances 50 times since the offensive against the capital began last April.

On the other side, the Hadra hospital, which is about 2.5 kilometers north from Safwa and has a capacity of 550 beds, is struggling to deal with the many civilian casualties amid the ongoing conflict.

“Before the war, 300 patients came to our emergency service per day; now sometimes 4,000 people come in. While the approximate number of surgeries at the hospital was 22,000, it has risen to six times that number. We carried out 30,000 surgeries in the last three months in different branches. The number (of patients) the hospital receives has risen tenfold,” Muhammed Havvas, one of the doctors at the hospital told Anadolu Agency (AA).