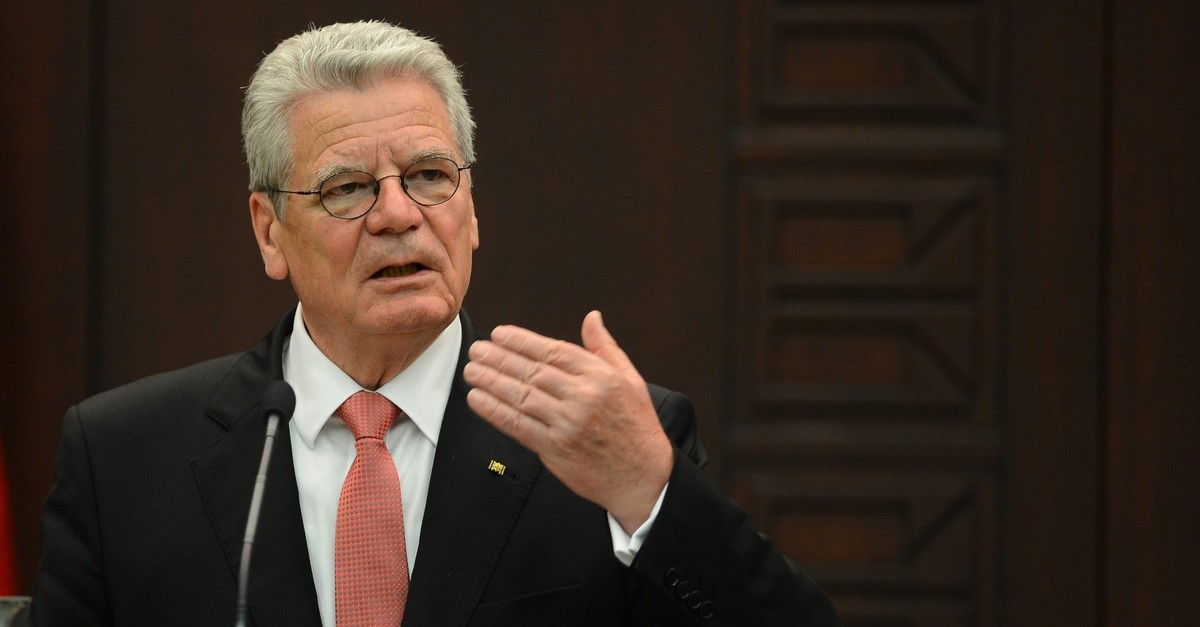 Former President of Germany Joachim Gauck praised Turkey regarding the refugee crisis and said collaboration with President Recep Tayyip Erdoğan had to be characterized by cooperation instead of confrontation.

“It would be good if the expectations of Turkey regarding financial support in this matter (refugee crisis) are fulfilled,” Gauck told German media service dpa on Thursday in Berlin. “We are in a difficult position in Europe and need relative support from Erdoğan,” he continued.

The former president further indicated that Europe should not just voice existing conflict points but should try to find ways to cooperate, adding that he has great respect for Turkey’s receptiveness.

Ankara and Brussels signed an agreement in March 2016 to find a solution to the influx of refugees heading to the EU. According to the deal, Turkey was promised a total of 6 billion euros ($6.61 billion) in financial aid. It was initially going to be handed to the country in two stages to be used by the Turkish government to finance projects for Syrian refugees; yet, the second payment was made rather late. The European Union fully mobilized the 6 billion-euro operational budget for refugees in Turkey in line with its commitment to the implementation of the EU-Turkey deal recently in December.

Turkey is the largest host country for Syrian refugees and provides protection to more than 3.5 million people who fled the neighboring country. The EU Facility for Refugees in Turkey supports refugees and host communities by financing projects in education and health care as well as projects that improve the infrastructure and develop the economy.

Most recently, German Chancellor Angela Merkel approved the appropriation of 25 million euros for a housing project for refugees during her visit to Istanbul last Friday.

Regarding differences between Berlin and Ankara, Gauck said even though there are differences of opinion on some issues and politics, Merkel is experienced in relations with people. “She does not do politics with grievances but rather looks at ‘What can be done to arrive at a solution with this concrete counterpart?’”