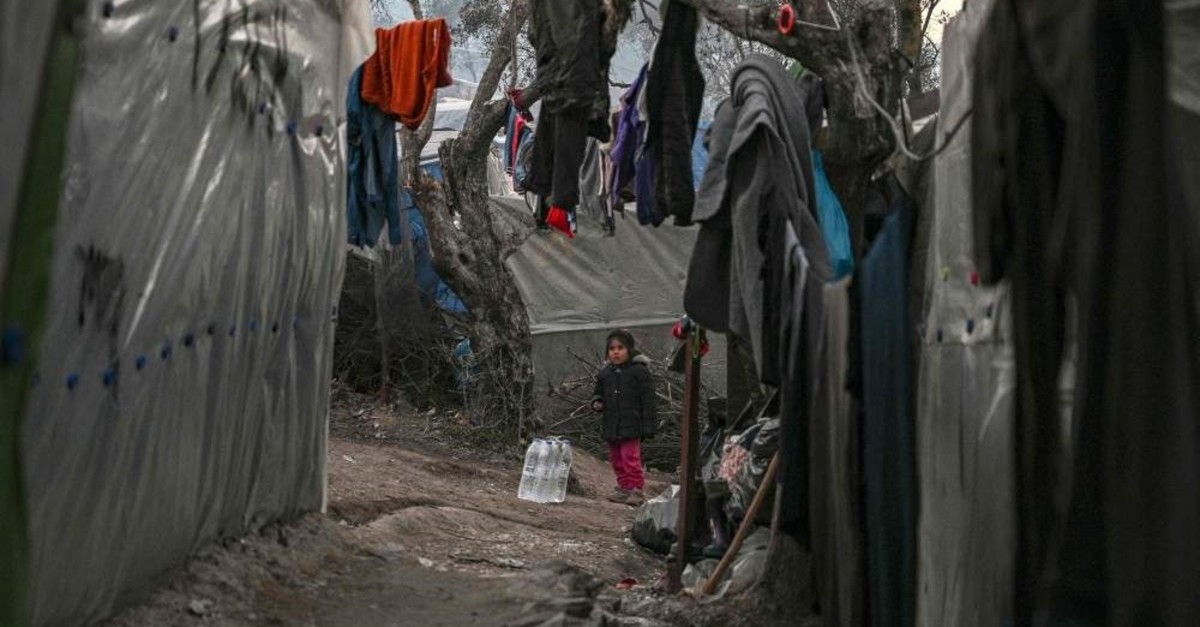 Following months of illegal pushbacks of migrants, Greek authorities have finally introduced a legal framework to regularly deport refugees thanks to a new, controversial law that is likely to speed up the process.
An estimated 30 migrants per day have been deported to Turkey from Greece since the law went into force on Jan. 1, Adonis Georgiadis, deputy head of the governing New Democracy party, announced Monday.

Speaking to Real, a broadcaster based in the Greek capital Athens, Georgiadis confirmed that authorities in Turkey had been accepting the deported refugees, showing an acceleration in the asylum process.

The 237-page bill on international protection and other provisions was initially passed on Oct. 31 with the intention of speeding up the asylum process, which has been routinely stalled, causing thousands to remain in limbo while waiting for their cases to be resolved. According to the Greek government, the new bill will smooth out the refugee integration process while migrants whose asylum applications were denied will be deported more quickly. A backlog of 68,000 asylum requests waiting to be resolved has meant that some refugees have to wait for years on the Greek islands before knowing whether they will be allowed to stay.

However, politicians' statements have indicated that a lot more than efficiency lies behind the reasoning for the bill.

“Enough is enough; enough with those people who know that they are not entitled to asylum and yet they attempt to cross into and stay in our country,” said Greek Prime Minister Kyriakos Mitsotakis minutes before the vote on the bill in Parliament.

For many pundits, his words represent the real face of the bill. Under the guise of speeding up the bureaucratic processes of asylum, the bill also makes changes that will put refugees in difficult situations.

For instance, the bill almost removes the possibility of appeal in the event of a rejection of an asylum claim. Refugees are now required to collect a complicated list of documentation merely to find out the reason their request was refused. The bill also denies refugees access to free legal counseling and reduces the number of judges deciding on whether to grant a given claim down to one or two, depending on the circumstances. Before the bill, the judging committee consisted of two judges and an independent expert provided by the United Nations High Commissioner for Refugees (UNHCR).

Furthermore, the asylum claims of refugees who are deemed uncooperative with authorities over the course of the asylum process for any reason can be suspended automatically.

For many human rights groups, however, the most concerning part of the bill is that asylum interviews will no longer be conducted by the Greek Asylum Service, an institution that was founded in 2013 and has been praised for its work. Instead, Greek police and army personnel with insufficient training in international protection laws will interview asylum applicants.

Greek police have gained notoriety for their abuse and illegal deportations of refugees, according to numerous sources.

Refusing to fulfill its duties in the refugee crisis, Greece has been criticized for mistreating refugees crossing its borders and forcefully pushing them back to Turkey on boats.

According to Turkey's Interior Ministry, 25,404 irregular migrants were pushed back into Turkey by Greece in the first 10 months of 2019, a significant increase from the 11,867 migrants pushed back in 2018.

Under international laws and conventions, Greece is obliged to register any illegal migrants entering its territory; yet, this is not the case for thousands of migrants who were forcibly returned to Turkey.

In interviews with these migrants, Turkish authorities have learned that, in many instances, the migrants' personal belongings were confiscated and they were subjected to unacceptable treatment, such as beatings, before being pushed back into Turkey by Greek officials.

Human rights groups also say that the bill restricts the rights of the asylum seekers while enabling Greek authorities to easily detain them while limiting their access to international protection.

Human Rights Watch’s Greece researcher Eva Cosse said the new bill is “a naked attempt to block access to protection and increase deportations in the face of the recent increase in arrivals.”

The UNHCR, on the other hand, said that the bill "puts an excessive burden on asylum seekers and focuses on punitive measures. It introduces tough requirements that an asylum seeker could not reasonably be expected to fulfill."

Not only the human rights groups but also opposition politicians have criticized the Greek government for its refugee policies.

"'Let's protect our maritime borders from invasion. Let's look into deterrence at sea. Even pushbacks aren't a bad idea. Let's make these people understand that their life in Greece will be harder than wherever they're coming from.' These are the sorts of things your MPs and officials used to say and still say," former Prime Minister Alexis Tsipras had previously said.

According to UNHCR figures, there are 96,500 refugees and migrants in Greece, while more than 35,000 refugees are staying on the Greek islands, waiting for a ruling on their asylum applications. The refugees are obliged to stay on the islands since, according to a migrant deal signed with Turkey in 2016, the refugees can only be considered for readmission if there are located in the islands. If they move to the mainland somehow and are rejected in their asylum demand, they cannot be deported to Turkey. Instead, they need to be deported to their origin countries, which may not be possible in every case.

Greece’s new center-right government also decided to shut down three major refugee camps on the Greek islands in the Aegean Sea which host more people than their capacity allows.
Meanwhile, Greece intends to employ an additional 1,200 border police in the coming months in a bid to curb the flow of migrants from Turkey, the ANA-MPA news agency reported on Tuesday.The government has already invited candidates to apply for the first 400 positions, the report stated. The first group will be deployed exclusively along the land border in northeastern Greece.After that, another 800 more are to be deployed to the Aegean islands, ANA-MPA reported, quoting the Civil Protection Ministry.

To reduce the number of illegal migrants on the dangerous Aegean Sea route, Turkey and the European Union signed an agreement in 2016. The deal stipulates that Greece is to send migrants held on its Aegean islands back to Turkey. In return, Turkey is to send Syrian migrants it hosts to various European Union countries.

According to the deal, Turkey was promised a total of 6 billion euros in financial aid, which was initially designed to be given to the country in two stages and be used by the Turkish government to finance projects for Syrian refugees. Visa freedom for Turkish citizens was also to be provided under the agreement. Lastly, the customs union was also to be updated in accordance with the deal.

Turkey and Greece have been key transit points for irregular migrants aiming to cross to Europe to start new lives, especially those fleeing war and persecution.