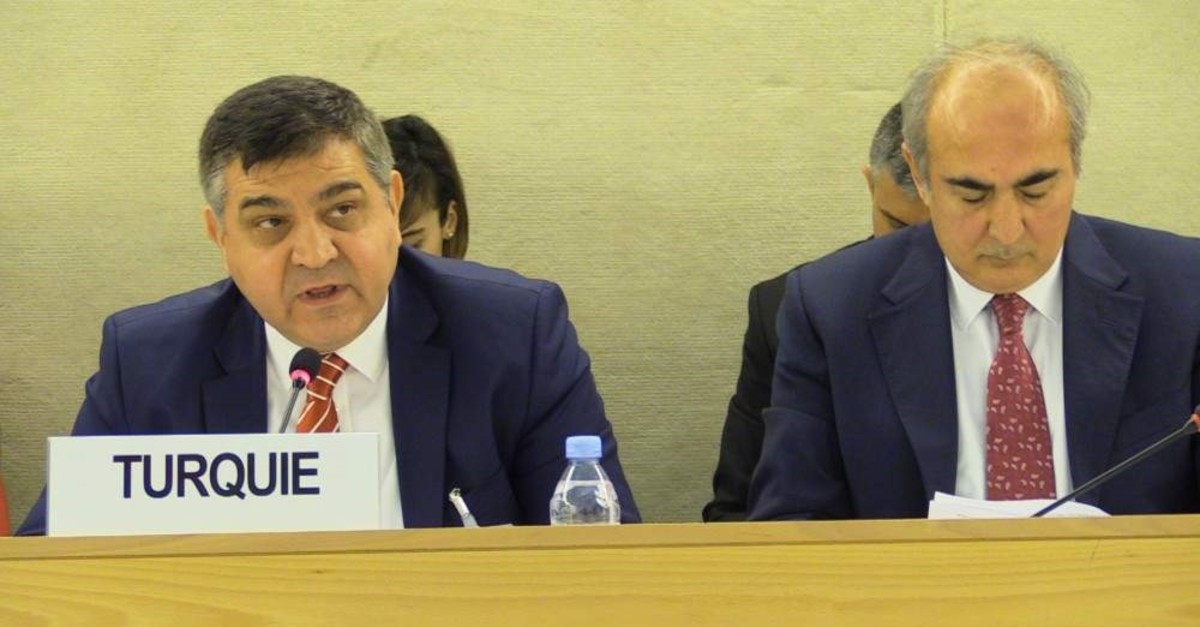 "#UPR35 States commend #Turkey of its #judicial reform, for establishing the #HumanRights and #equality institution and for its hospitality of hosting #refugees," said the UNHCR's secretariat from its official Twitter account, following a session reviewing Turkey.

The council also stated that they commend Turkey for the "establishment of a bureau for the prevention of #domesticviolence for ratifying the 3rd OP to the #CRC and for steps to improve access to #education for children with #disabilities," referring to global networks such as Childs Right Connect and Turkey's developing ties with them.

Speaking during the session, Turkey's Deputy Minister of Foreign Affairs and Director for EU Affairs Faruk Kaymakçı said Turkey has been "faced with the biggest influx of #refugees in the world and is now home to 4 million refugees." He also noted that all over the world, there is a rise in tendencies toward anti-Muslim sentiments, hate speech and xenophobia.

"#UPR35 Dep Min Kaymakcı notes that #Turkey instituted its #Judicial Reform Strategy which was adopted by Parliament in October 2019 which aims to better protect #fundamentalfreedoms as well as #independence, #impartiality, and #transparency of the #Judiciary," UNHCR stated, citing Kaymakçı's speech.

According to a statement released by the Foreign Ministry on Tuesday, the third cycle review of Turkey is expected to last for three days, until tomorrow.

"The UPR is the most comprehensive international human rights process, which involves the review of the human rights records of all U.N. member states by the Human Rights Council every five years. Within the framework of the UPR, which was launched in 2008, Turkey's first review was conducted in 2010 and the second review in 2015," the statement said.

"Our national report constituting the basis of Turkey's third review was submitted to the Human Rights Council on 14 October, 2019, and published by the U.N.," the statement said. Within the report, Turkey explained its judicial reform strategy, as well as topics such as hospitability toward refugees, improvements in human rights and the fight against terrorism.

The statement further highlighted that with an aim for further promotion and protection of human rights both at the national and international levels, "Turkey attaches importance to constructive cooperation with international organizations and with this understanding, makes its contributions to the UPR process."
RELATED TOPICS