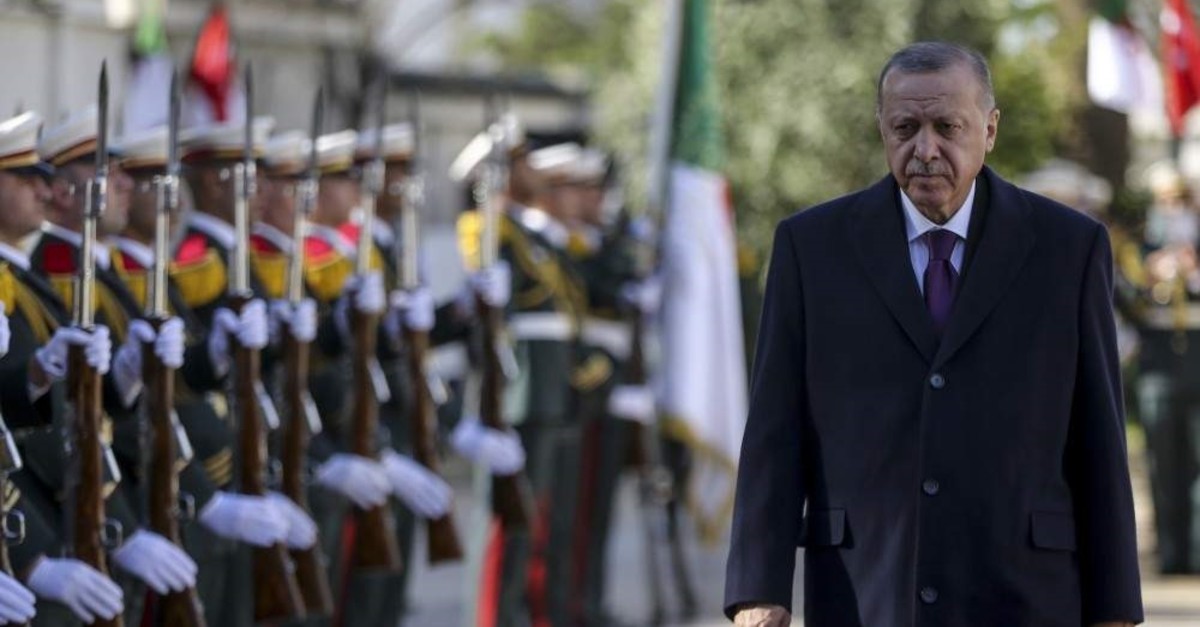 According to Erdoğan, Algerians and the country's President Abdelmadjid Tebboune have a distinct perception of France.

"The French killed more than 5 million Algerians in 130 years," Tebboune told Erdoğan in an exchange revealed to journalists by the latter.

"I said, 'If you send me documents on this, we will be very pleased.' We knew about millions (being killed), but I did not imagine such a figure," Erdoğan said.

He added that most world leaders do not know this number.

"Of course, the French committed massacres not only in Algeria but also in Rwanda. Many North African countries have witnessed this kind of French massacres in their history. French President Emmanuel Macron does not know about this," Erdoğan said.

Erdoğan also said that another former French colony, Senegal, does not have a positive view of France.

Erdoğan made the remarks during his return flight from a three-stop tour of African countries, which included Algeria, Gambia and Senegal.
RELATED TOPICS