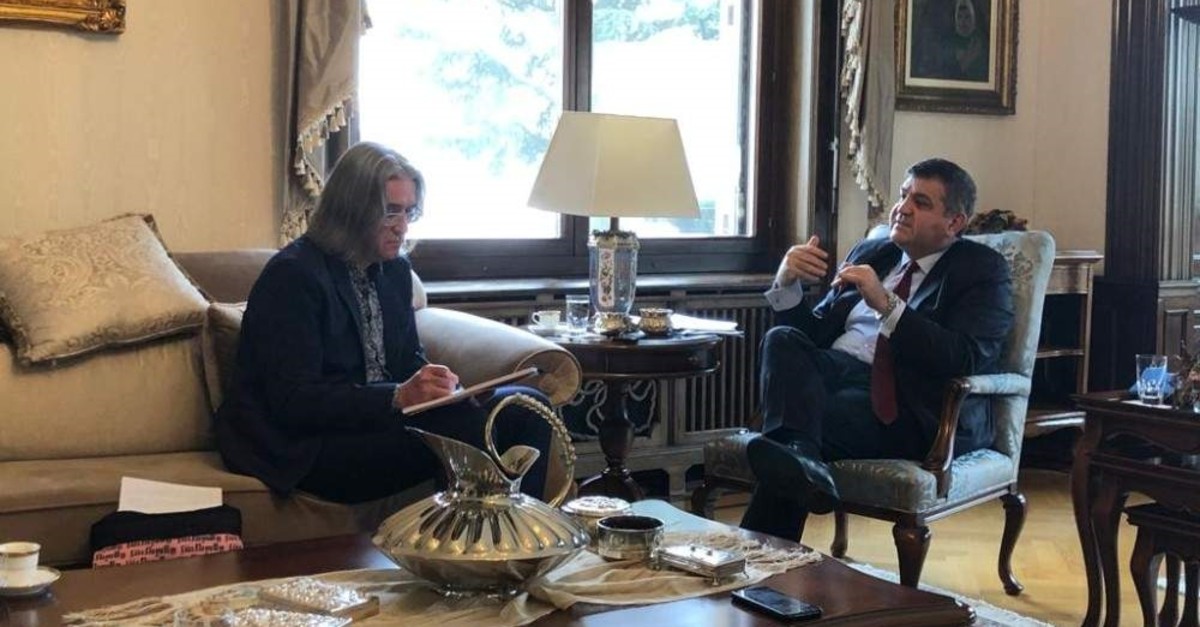 "It is sad to see that a newspaper like yours has given a terrorist ringleader the opportunity to spread his false thoughts and misrepresent the truth, albeit in the name of freedom of the press," Kaymakçı said in an interview with La Tribune de Geneve, a prominent newspaper in the French-speaking region of Switzerland.

"Fetullah Gülen is a ringleader of a terrorist organization that attempted a coup on July 15, 2016, and cost 251 people's lives and injured thousands," he said.

He underlined that FETÖ is a sneaky network that has been trying to infiltrate schools, police forces, the justice system, diplomacy and banks for 50 years and has people's blood on its hands.

He went on to say that FETÖ, which is masterminded by Gülen, is the main threat to Turkey's democracy.

Kaymakçı also emphasized that intelligence services including in the U.S. used FETO's international network, in particular, its schools.

The headline of the interview published on Jan. 26 included a provocative quote by Gülen, who claimed to have no connection to the coup attempt and the infiltration of the Turkish state by his followers, despite significant evidence proving their involvement.

The article also disregards the fact that the four political parties in Parliament expect the U.S. and all other partners to pay regard to Turkey's stance regarding FETÖ.

The terrorist group is also accused of using its infiltrators in the police and the judiciary to launch two other coup attempts on Dec. 17 and Dec. 25 in 2013, under the guise of graft probes, in addition to sham trials launched against its adversaries using illegal or fake evidence and trumped-up charges.

Regarding Turkey's bid for EU membership, Kaymakçı said: "The EU has many problems to overcome: Brexit, domestic problems, disagreements with the U.S., energy, migrants and security. Turkey seems too big, too poor and too Muslim. On our side, we had three difficult years after the failed coup attempt, but we continue our reforms with the aim of membership; 80% of Turkish people want Turkey to become a member of the EU."
RELATED TOPICS