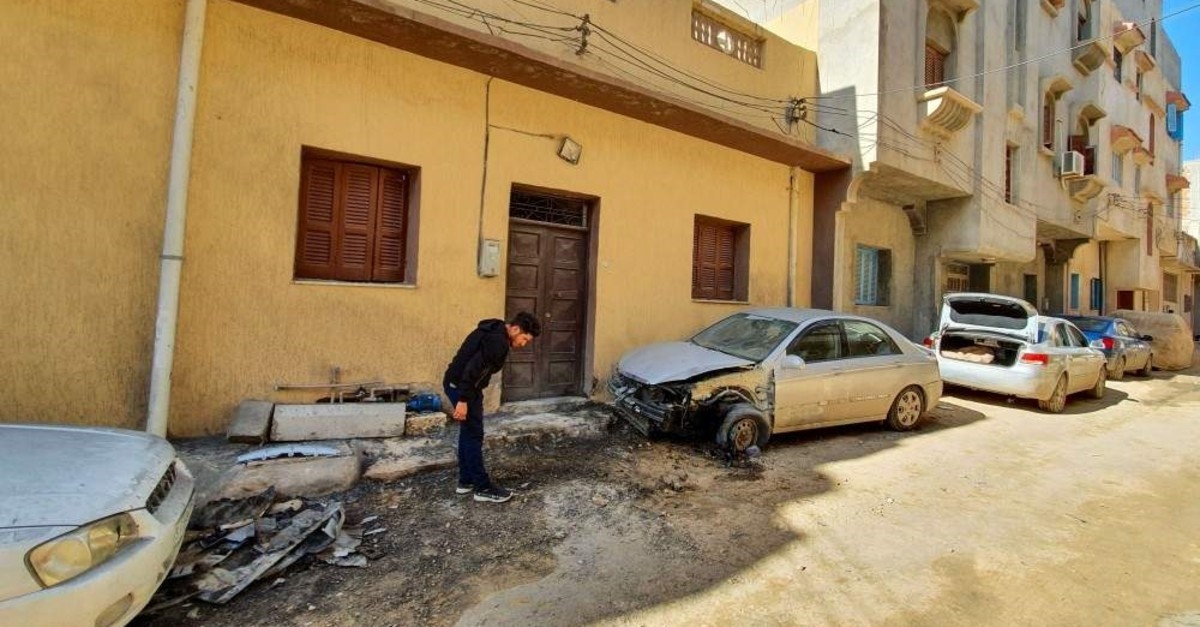 The U.N. Security Council (UNSC) is discussing a resolution that would endorse a plan for restoring peace in conflict-ravaged Libya and urge progress toward a cease-fire, amid new clashes between the country’s two rival powers.

The initial British-drafted resolution welcomes the peace plan adopted Jan. 19 at a conference in Berlin attended by leaders of 12 countries, including the five veto-wielding permanent members of the UNSC.

The draft “emphasizes the vital importance of making progress toward a political agreement to end the conflict” in Libya.

Since the ouster of late ruler Moammar Gadhafi in 2011, two seats of power have emerged in Libya: putschist Gen. Khalifa Haftar’s illegitimate forces in eastern Libya, supported mainly by Egypt and the United Arab Emirates, and the legitimate Government of National Accord (GNA) in Tripoli, which enjoys the U.N. and international recognition.

Libya's legitimate government had been under attack by Haftar since last April, and more than 1,000 people have been killed since then.

On Jan. 12, the conflicting parties announced a cease-fire in response to a joint call by President Recep Tayyip Erdoğan and Russian President Vladimir Putin. But talks for a permanent cease-fire deal ended without an agreement after Haftar left Moscow without signing the deal.

World leaders also met in Berlin on Jan. 19 and committed to ending all foreign meddling in Libya and to upholding the 2011 UNSC weapons embargo as part of a broader plan to end the country's conflict.

They also agreed to a permanent cease-fire and steps to dismantle numerous militias and armed groups, while pushing a political process under the U.N.

At the Berlin conference on Libya, Haftar agreed to designate members to a U.N.-proposed military commission with five members from each side to monitor the implementation of the cease-fire.

The decision to set up the Libyan military committee with five representatives from each side was a key result of the Berlin conference.

The draft resolution is certain to be revised during discussions among council members.

The initial version demands that all 193 U.N. member states comply with a U.N. arms embargo against Libya. It reiterates the council’s decision to impose sanctions on individuals and entities threatening prospects for peace in Libya.

The draft also calls for a first meeting “without further delay” of a Joint Military Commission. Under the Berlin agreement, the commission is to agree on a permanent cease-fire and decide on monitoring and verification procedures and the separation of forces.

It asks Secretary-General Antonio Guterres to make proposals on possible cease-fire monitoring, including the possibility of contributions from regional organizations. The draft doesn't suggest any names but likely candidates could be the European Union, African Union and Arab League.

The legitimate government’s prime minister, Fayez al-Sarraj, and Haftar have each appointed five members to the Joint Military Commission, though they haven’t endorsed the 55-point Berlin peace plan.

The clashes came just hours after the U.N. decried “continued blatant violations” of the arms embargo by several unspecified countries. The violations fly in the face of recent pledges to respect the embargo made by world powers at the Berlin conference.

German Ambassador to the U.N. Christoph Heusgen told reporters that he asked for closed Security Council consultations Tuesday on Libya because “we feel that developments on the ground are not matching expectations.”

He said Germany wanted to make the point that it is very important the draft resolution being discussed by the council be adopted soon because it can also “influence the developments on the ground.”

Heusgen said it is critical “that the supply of weapons from all different directions and from foreign fighters stops.”

“Otherwise there will be no solution,” he said. “There is no military solution to the conflict in Libya. We need a political solution.”

Diplomats said council members were waiting to hear a briefing Wednesday from Ghassan Salame, the U.N. envoy for Libya, on the latest situation, which could affect the language in the draft resolution.

Italy also expressed deep concerns about the violation of the cease-fire in conflict-ravaged Libya, as eastern-based illegitimate forces loyal to putschist Haftar continue its attacks targeting civilians and residential places to capture the capital Tripoli from the legitimate U.N.-recognized government.

Di Maio reiterated Italy’s call for rival parties to return to the cease-fire and diplomatic dialogue following the upcoming meeting of the joint military commission.

“We discussed the actions that can be taken within the context of European Union and initiatives to guarantee weapons embargo following the Berlin conference,” he also said, referring to the foreign ministers’ meeting.