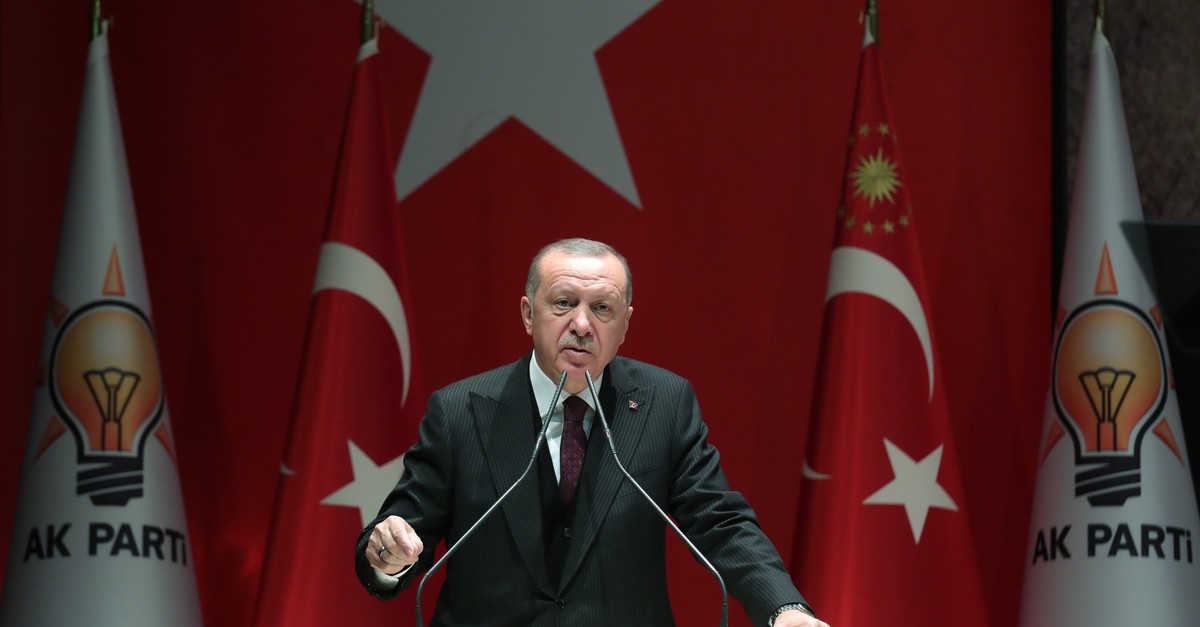 President Recep Tayyip Erdoğan reiterated his strong opposition to U.S. President Donald Trump's so-called "Deal of the Century," as he urged Muslim countries to raise their voice for Palestinians and the protection of Jerusalem, including its sacred monuments.

"We will never recognize or accept (Trump's so-called "Deal of the Century") as it aims to annex occupied Palestinian lands," Erdoğan said at a meeting of provincial heads of the ruling Justice and Development Party (AK Party) in the capital Ankara.

He continued by saying that leaving the fate of Jerusalem and Palestinians entirely in the "bloody claws" of Israel will be "the greatest evil in all humanity."

The president noted that Turkey does not have any problems with the Jewish people, but is against the oppressive policies of the Israeli state which aims to usurp the rights of Palestinians.

He highlighted the importance of Jerusalem and the sacred monuments in the city for Muslims and Christians, urging all to raise their voice against the plan.

"If we cannot protect the Al Aqsa Mosque, we will not be able to prevent those who turn to the Kaaba as a target in the future. Jerusalem is our red line for this reason," he said.

"When will you raise your voice?" Erdoğan asked Muslim countries, including Saudi Arabia, which he noted said nothing about the issue, even though it is a matter of concern for all Muslims.

The so-called peace plan unilaterally annuls previous U.N. resolutions on the Palestinian issue and suggests giving Israel almost everything they have been demanding.

Regarding the situation in Syria's northwestern Idlib province, Erdoğan said Russia has been violating the agreement.

"Developments in Syria are as important as developments within Turkey's own borders. We will not remain silent on the situation in Syria and Idlib," he said, adding that Turkey cannot tolerate another wave of migrants as it is already hosting over 3.6 million Syrians.

Erdoğan also said Turkey will not allow any terrorist organization to target Turkey from Syria and will not refrain from taking military action.

Regarding the conflict in Libya, Erdoğan said Turkey will not allow the putschists to take control of the country.