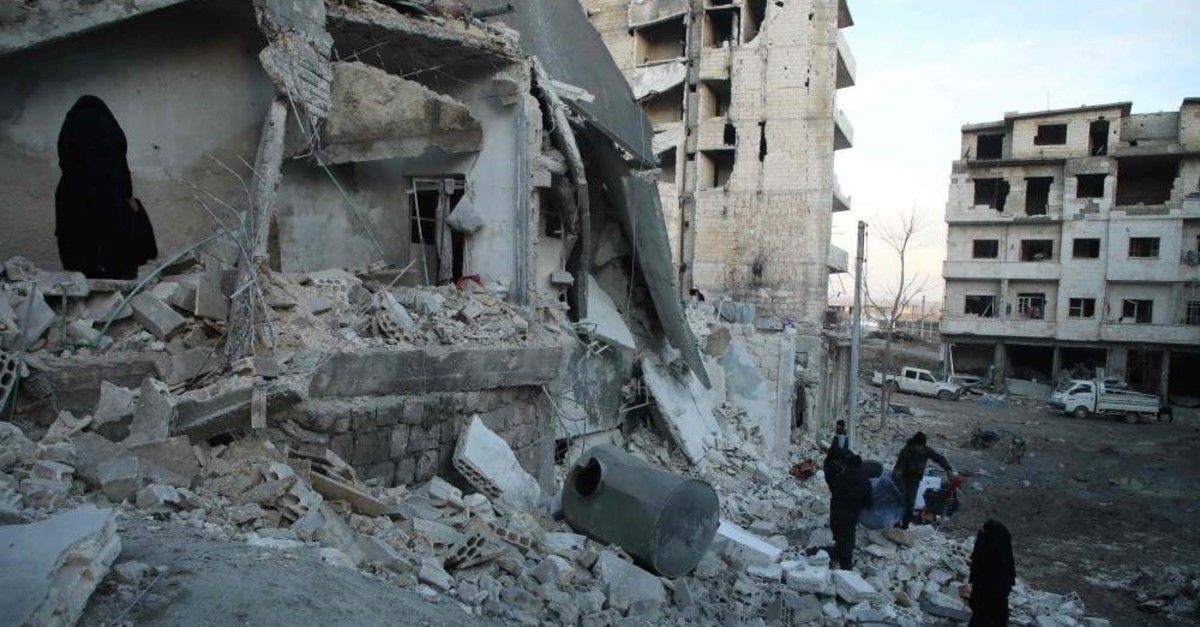 Syrians gather their belongings, as they prepare to flee following reported Russian, reigme airstrikes on the town of Ariha in the northern countryside of Syria's Idlib province, Jan. 30, 2020. (AFP)
by Daily Sabah Feb 02, 2020 10:34 pm

The opinion of many Turkish people toward Russia shifted in a negative direction recently as the majority of the people expressed anti-Russian sentiment following the country's ongoing attacks in the northwestern Syrian province, a recent survey revealed Saturday.

According to the survey, which was conducted with 1,000 people from the country's 67 provinces, 72% of the participants stated that their perspective of Russia has changed negatively after the Idlib bombardments. Some 66% of participants also said that in their opinion, Russia's prestige has been negatively influenced due to their support of putschist Gen. Khalifa Haftar in Libya.

As a response to the question. "Do you trust Russia?" only 16% expressed that they do trust the country while 58% stated otherwise. As a reason behind the mistrust, half of the participants commented on the country's attitude in the Syrian crisis, while others pointed specifically to the partnership with the Syrian regime.

When it comes to a possible long-term deal with Russia, 46% said that they would support such a move while 54% refused to support it.

The survey aimed to reveal the perception of Turkish people toward Russia, a close ally of Turkey in recent international and regional crises. Of the participants, 55% were men while 45% were women. Some 28% of the participants were older than 50 years old, 33% were between the ages of 18-34 while 39% were between 35-49.