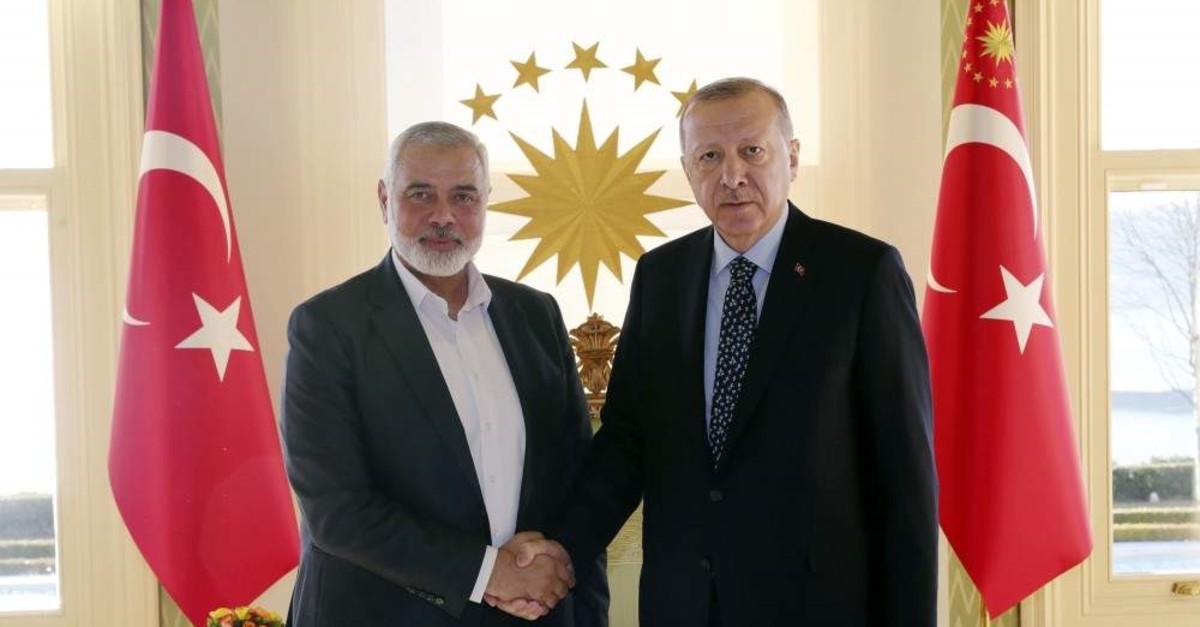 The closed-door meeting was held between Erdoğan and Hamas's Ismail Haniyeh at the Vahdettin Pavilion and continued for one hour and 15 minutes.

The meeting followed a phone call between Erdoğan and his Palestinian counterpart, Mahmoud Abbas, on Friday, in which he reiterated Ankara's support for Palestine in the wake of U.S. President Donald Trump's so-called peace plan for the Middle East.

The two leaders also discussed the latest developments and issues in the region.