Erdoğan: Trump's 'Deal of the Century' far from being a peace plan 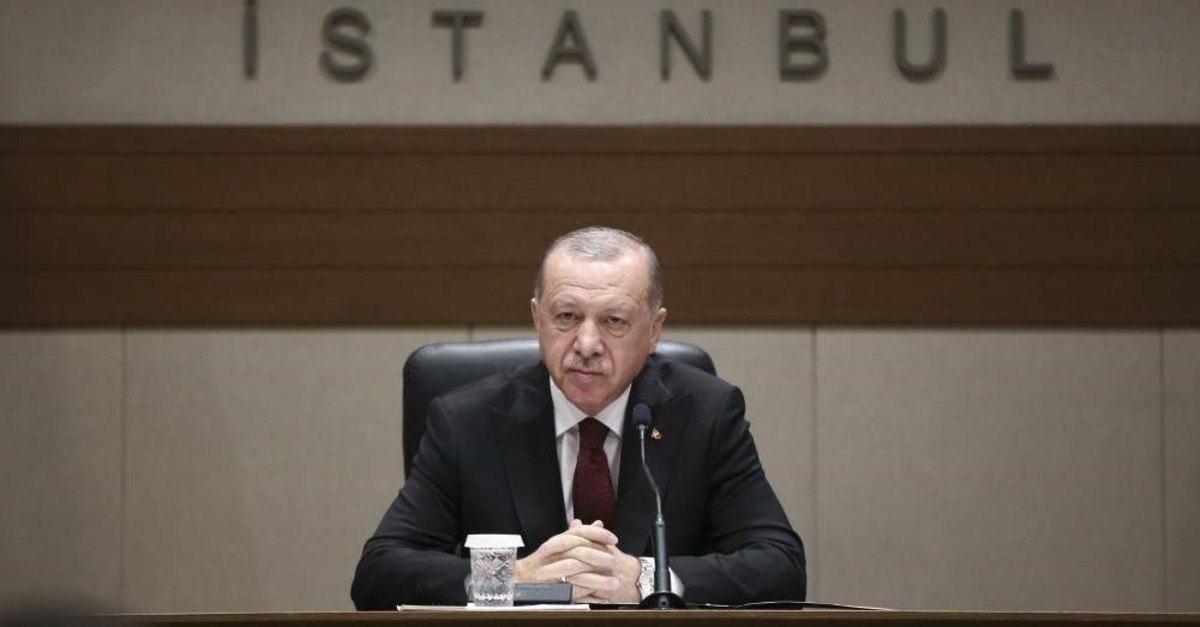 President Recep Tayyip Erdoğan Monday reiterated his condemnation of the so-called "Deal of the Century" that U.S. President Donald Trump announced last week, stating that the deal is far from being a peace plan but rather is full of deception.

"I have already stated that this is an occupation plan, not a peace plan," Erdoğan said during a news conference in Istanbul ahead of his visit to Ukraine, adding that there are some topics in the deal that are nothing but a mere deception.

"One of these topics in reference to the 'Palestinian side' is all a deception. It mentions the establishment of an independent Palestinian state. (Yet) it also mentions the disarmament of Israel by collecting Hamas' weapons. Can such a thing happen?" the president asked.

Referring to his meeting with the Hamas leader Saturday, Erdoğan expressed that it is pointless for the international community to be offended by this move since they are constantly having meetings with the PKK and YPG, both of which are recognized as terrorist groups by Turkey.

The closed-door meeting was held between Erdoğan and Hamas' Ismail Haniyeh at the Vahdettin Pavilion and lasted for one hour and 15 minutes. The meeting followed a Friday phone call between Erdoğan and his Palestinian counterpart, Mahmoud Abbas, in which he reiterated Ankara's support for Palestine in the wake of Trump's so-called peace plan for the Middle East. The two leaders also discussed the latest developments and issues in the region.

"(The 'Deal of the Century') prevents Palestinian diaspora from returning to their lands ... They claimed for years that they provided so much support (to solve the crisis in the region). However, the support was always for Israel, not Palestine," Erdoğan further underlined on the issue.

As far as the recognition of Israel as a legitimate state by the Islamic world, Erdoğan said that the Arab League has already provided a proper response to this. Yet, he also condemned the few Arab states that supported the plan, particularly referring to Bahrain, the United Arab Emirates and Oman, envoys of which applauded Trump during his announcement.

Holding a meeting four days after the announcement, the Arab League stated that they condemn the deal and will not cooperate with the U.S. on the issue.

Following Trump's decision in December 2017 to recognize Jerusalem as the capital of Israel, the U.S. carried the issue to the U.N. General Assembly after a draft resolution on the matter was vetoed 14-1 in the U.N. Security Council.

The U.N. General Assembly passed a draft resolution against the action, with 128 countries in favor, nine against and 35 abstentions, on Dec. 21, 2017, asking the U.S. to withdraw its decision to recognize Jerusalem as Israel's capital.