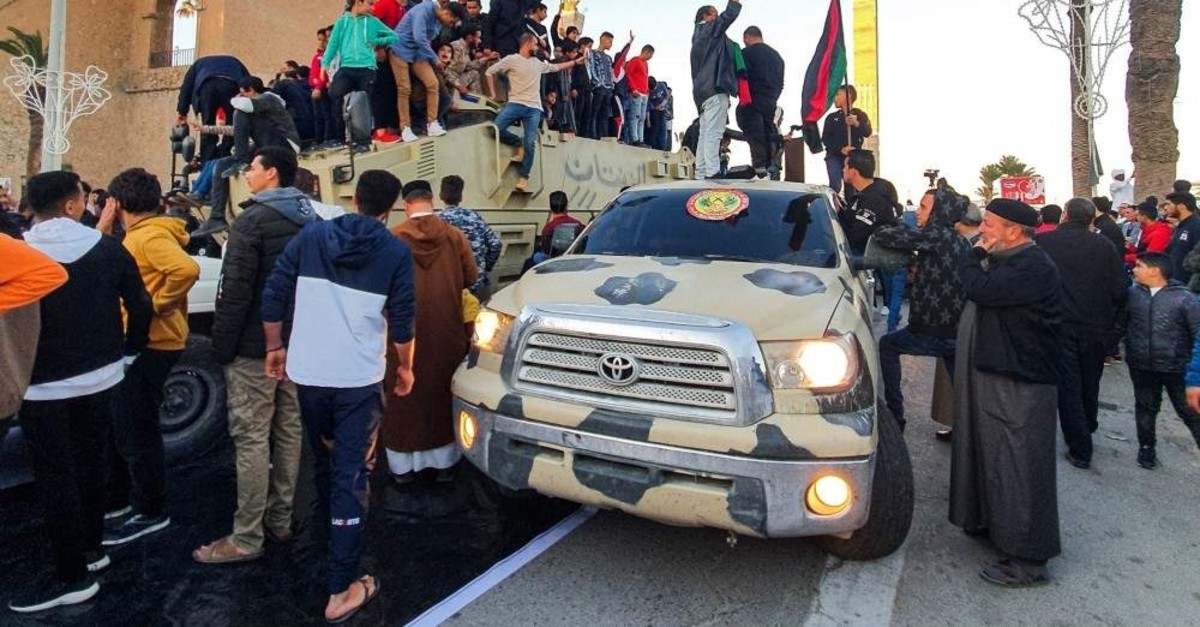 People stand with Libyan national flags above armoured military vehicles of forces loyal to the UN-recognised Tripoli-based ,Government of National Accord, (GNA) during a celebration in the capital's Martyrs' Square, Jan. 31, 2020. (Photo by Mahmud TURKIA / AFP)
by Feb 03, 2020 6:35 pm

Representatives of the warring parties in Libya met and began talks in Geneva on Monday in a U.N.-sponsored joint military commission, the United Nations announced.

The talks are being moderated by the U.N.'s Libya envoy Ghassan Salame, who last week lashed out at what he branded "unscrupulous" foreign players for meddling in the conflict in the North African country.

At a summit in the German capital last month, world leaders committed to ending all foreign interference and to upholding a weapons embargo to help end the long-running civil war.

Libya has been mired in chaos since a 2011 NATO-backed uprising that killed longtime dictator Moammar Gadhafi, with two rival administrations vying for power.

The conflict deepened last year when Haftar, who controls much of the south and east of Libya, launched an assault in April to seize Tripoli, the base of the GNA led by Fayez al-Sarraj.