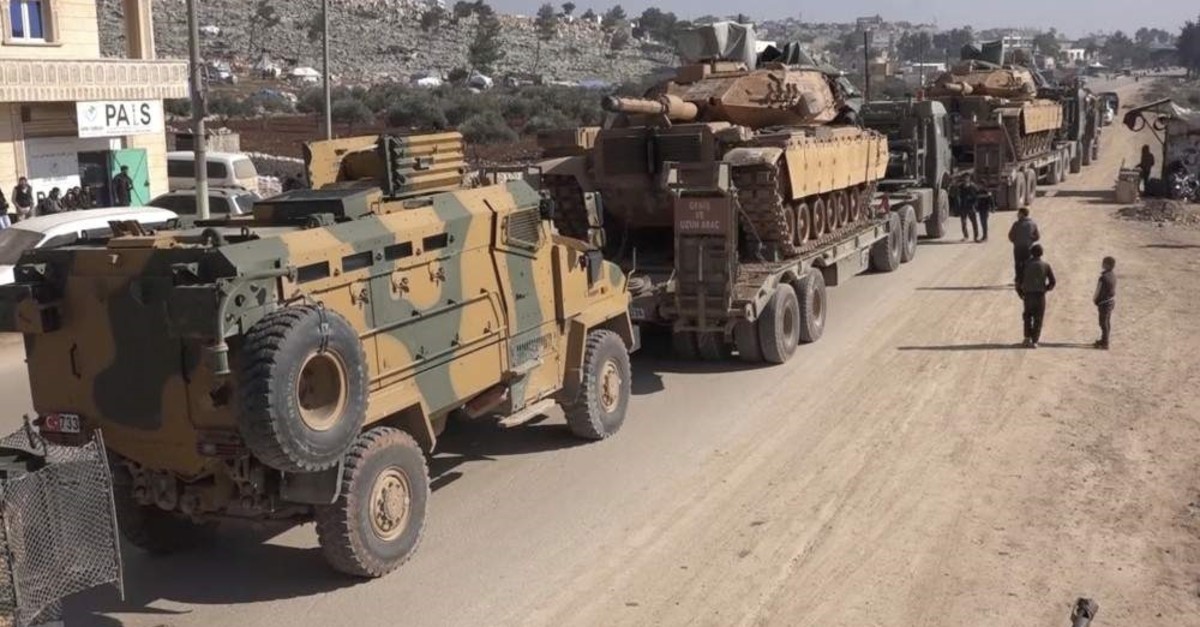 Turkey is determined to continue its military operations in Syria in order to ensure the safety of its own borders and the Syrian people, President Recep Tayyip Erdoğan said Monday.

"We are determined to continue our operations to ensure the safety of our country, our nation and our brothers in Idlib," Erdoğan told journalists in Istanbul before his official visit to Ukraine.

Soon after Erdoğan's statements that Turkey would continue its operations to eliminate threats near its borders, it was reported that Turkish-backed Syrian National Army (SNA) artillery targeted the positions of YPG/PKK terrorists in the village of Khalidiya and in the vicinity of Ain Issa area north of Raqqa.

Earlier in the day, four Turkish soldiers were killed and nine others were injured after shelling by Assad regime forces in northern Syria. One of the injured soldiers and a civilian personnel member later succumbed to their wounds, bringing the death toll to six.

There are 12 Turkish observation posts that were established as part of a deal signed between Turkey and Russia to prevent Assad regime attacks in Idlib.

Idlib, the last opposition enclave in Syria, had a prewar population of 1.5 million. The number swelled to around 3 million with new refugee waves after it was designated a "de-escalation zone" under the Astana agreement between Turkey, Russia and Iran in May 2017 that paved the way for a permanent political solution in Syria. The Turkish military set up 12 observation posts in Idlib's de-escalation zone after the ninth round of peace talks hosted in Nur-Sultan, the capital of Kazakhstan, previously known as Astana.

Although Turkey and Russia have agreed to stop acts of aggression and turn Idlib into a de-escalation zone, the Syrian regime has consistently violated the cease-fire, launching frequent attacks inside the designated zone.

As a guarantor state for Damascus, Moscow is responsible for preventing attacks by the Assad regime and Iran-backed militia groups.

Turkey also carried out two cross-border operations west of the Euphrates river – Operation Euphrates Shield in August 2016 and Operation Olive Branch in January 2018 – to drive out terrorist groups, including the YPG and Daesh, from its borders. Turkish and Syrian National Army (SNA) forces entered Afrin town center and liberated it from terrorists on March 18, 2018.