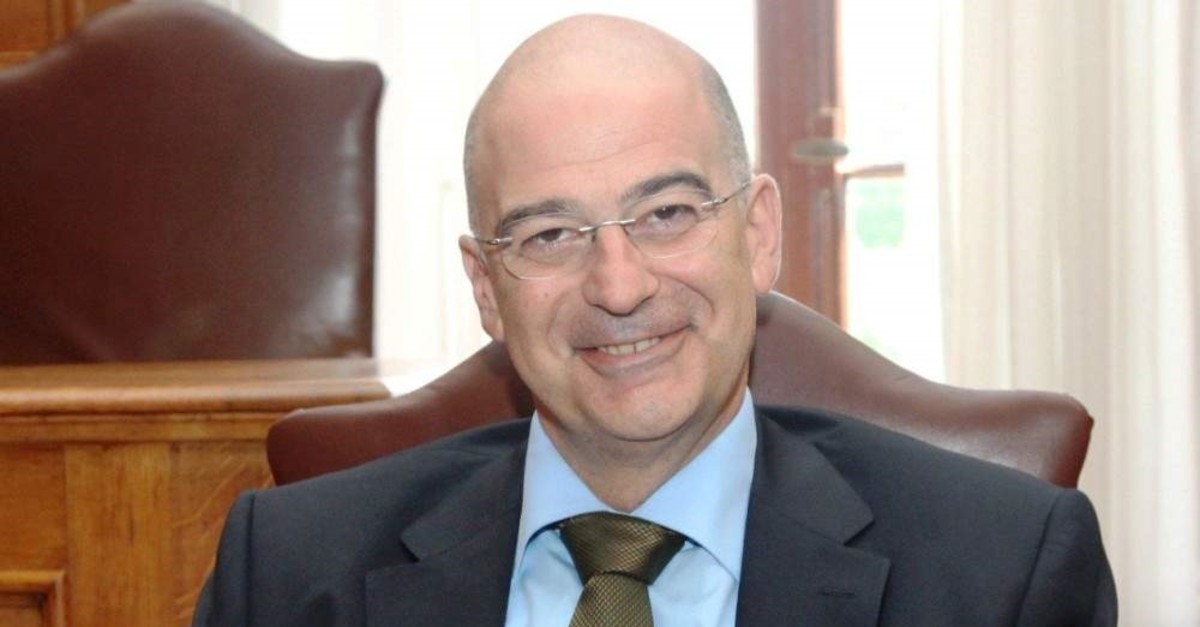 Athens and Ankara can resolve their differences for the benefit of both, Greece's Foreign Minister Nikos Dendias said on Monday.

"I truly believe that Greece and Turkey can figure things out; it is in both our interests," Dendias said in an interview with Greek radio station Thema.

Ahead of trips to Rome on Tuesday and Malta on Wednesday, Dendias claimed that in working against Turkey's energy exploration in the Mediterranean, Greece is not trying to create an anti-Turkish front but one that "supports logic."

"The Mediterranean could be a sea of cooperation," Dendias said.

Relations between the two neighboring countries have been strained over a number of issues, including the dispute in the Eastern Mediterranean, the Cyprus issue and Greece's protection of Gülenist Terror Group (FETÖ) fugitives who took part in the failed coup attempt in 2016.

The two countries also have diplomatic problems over the rights of Turkish-Muslim and Greek-Orthodox communities, as well as Greek support for inaction toward terrorist groups targeting Turkey.

"We want the countries that have a say and concern themselves with the issues of the region to be fully informed concerning Greece's positions and to understand that we represent the side of logic. If Turkey wishes to join these countries, nobody would be happier than us," Dendias said.

"Implementing the rules of international law in the region helps all societies. Turkey does not always understand this," he claimed, adding that Ankara seeing things the Athens' way "is in the interests of Turkish society."

On the Turkish ship Oruç Reis exploring for energy near what Greece sees as its waters, Dendias said "this chapter" should close.

But he said the situation has gotten too much attention from the Greek public, adding that "it is best not to give to the other side the impression that it can raise our temperature at will."

Turkey has consistently contested the Greek Cypriot administration's unilateral drilling in the Eastern Mediterranean, asserting that the Turkish Republic of Northern Cyprus also has rights to the resources in the area.

Since spring 2019, Ankara has sent drilling vessels to the Eastern Mediterranean, asserting the right of Turkey and the Turkish Republic of North Cyprus to the resources in the region.

Turkey also signed a maritime deal with Libya after a meeting between President Recep Tayyip Erdoğan and the head of the Presidential Council of Libya's U.N.-backed Government of National Accord (GNA), Fayez Al Sarraj, in Istanbul. The deal enabled Turkey to secure its rights in the Mediterranean while preventing any fait accompli by other regional states.

However, Greece, one of the main regional actors, did not welcome the deal and regarded it as a violation of its rights, though international law proves otherwise.