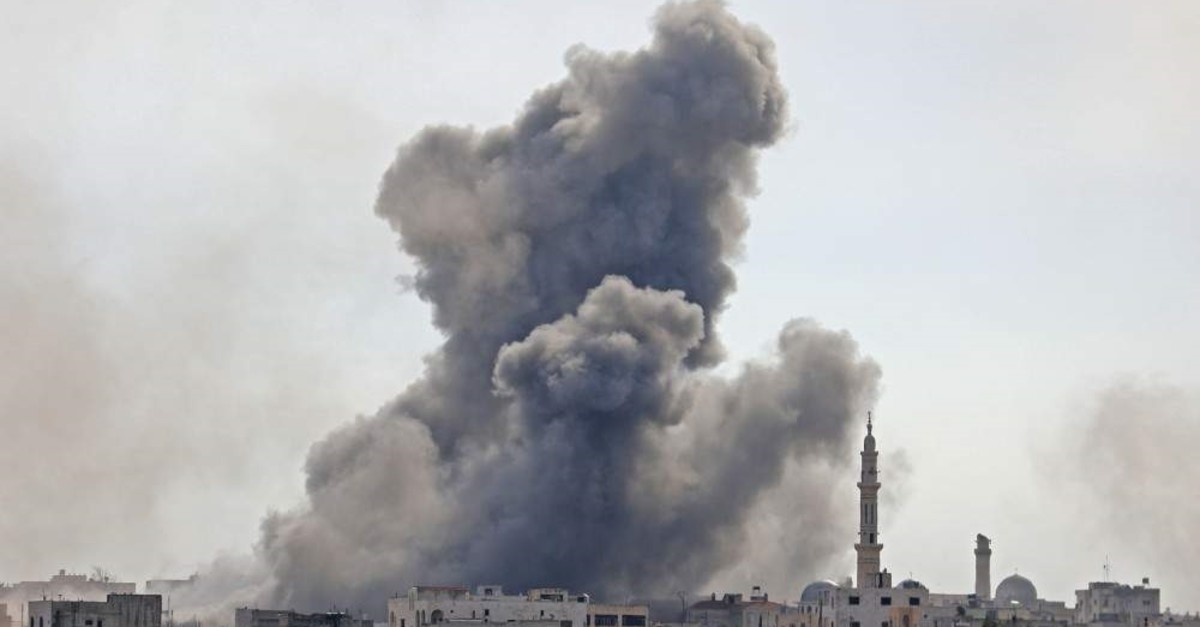 Smoke plumes billowing in the Syrian village of al-Nayrab, about 14 kilometres southeast of the city of Idlib in the northwestern Idlib province, during bombardment by Syrian regime forces and its allies Feb. 3, 2020. (AFP)
by Anadolu Agency Feb 04, 2020 5:08 pm

U.K. Foreign Office minister Andrew Morrison on Monday denounced an attack on Syria's northwestern Idlib province by forces of the Bashar Assad regime in which seven Turkish soldiers and a civilian were killed.

"I condemn the Assad regime's attacks in Idlib today and the unacceptable loss of life of Syrian civilians and Turkish soldiers," Morrison said on Twitter.

He called on the Assad regime and its backer Russia "to adhere to agreed ceasefires and take urgent action to deescalate tensions."

Located in northwestern Syria, Idlib has been the stronghold of the opposition and anti-government armed groups since the outbreak of the civil war.

It is currently home to some 4 million civilians, including hundreds of thousands displaced in recent years by regime forces from throughout the war-weary country.

The Syrian regime and its allies, however, have consistently broken the terms of the cease-fire, launching frequent attacks inside the zone and killing at least 1,300 civilians since the agreement.

More than 1.3 million Syrians have moved near the Turkish border due to intense attacks since the beginning of 2019.

Syria has been locked in a vicious civil war since early 2011, when the regime cracked down on pro-democracy protests with unexpected ferocity.