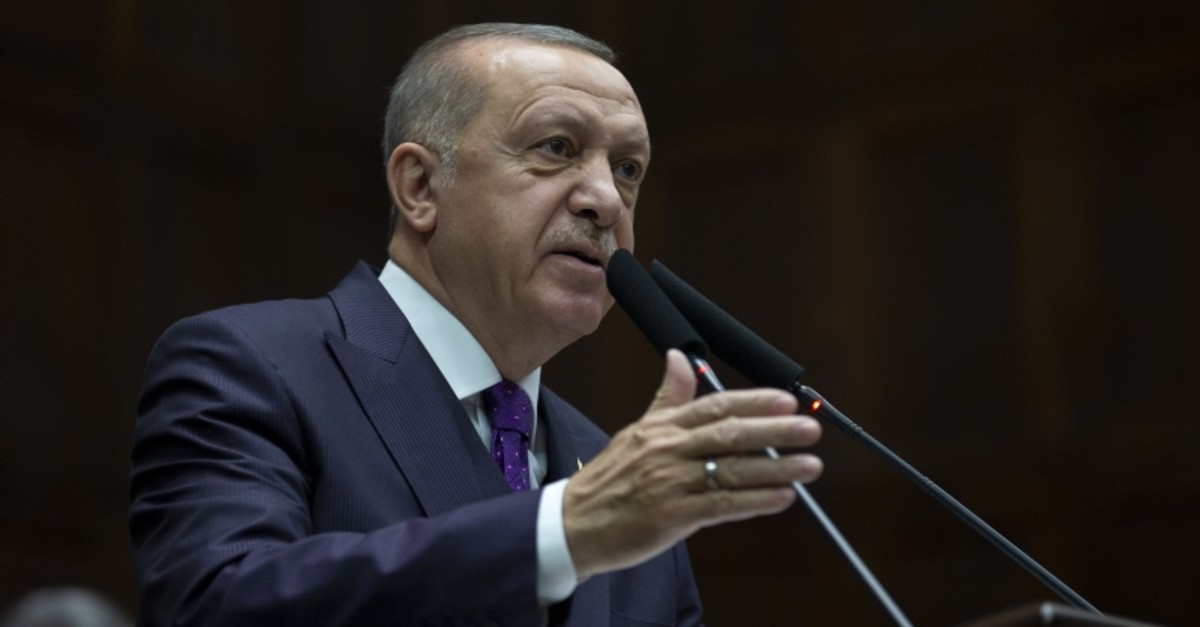 President Recep Tayyip Erdoğan on Wednesday warned the Bashar Assad regime to withdraw behind Turkish observation post lines by the end of February or face repercussions.

Speaking at the ruling Justice and Development Party's (AK Party) parliamentary group meeting, Erdoğan said Turkey will take action if the regime does not withdraw its forces to the designated areas.

"Turkey's air and land forces will move freely in all operation areas (in Syria) and in Idlib, and they will conduct operations if necessary," the president said, adding that the country will retaliate against all attacks on its soldiers or its allies' forces, regardless of the source, while noting that Turkey does not intend to confront any of its allies.

"The agreements in Syria's Idlib and east of Euphrates are not functioning," Erdoğan said, as the regime continues to carry out attacks in violation of Sochi and Astana agreements. He added that Turkey aims to protect the lives and property of innocent civilians in its operations.

On Sunday, an attack by the Assad regime forces killed seven Turkish soldiers and a civilian contractor in northwestern Idlib province. Turkey retaliated in kind and destroyed regime targets involved in the attack.

"Nothing will be the same after the Assad regime attack in Idlib which killed Turkish soldiers," President Erdoğan said.

He also noted that Turkey expects Russia to understand Ankara's sensitivities in the area.

The regime and its backers' attacks targeting residential areas and civilians have forced more than 151,000 people to flee toward relatively safer areas near the Turkish border over the last week. The number of displaced civilians due to the regime attacks reached 692,000 since November 2019. Continuing its advance to capture the last strong opposition bastion, regime forces are currently 8 kilometers away from Idlib city. If regime forces' start attacking Idlib city, it is expected that nearly half a million people will migrate, causing a humanitarian catastrophe that has never been witnessed during the civil war.

Regime forces pushed north from Maarat al-Numan on Thursday toward the town of Saraqib, whose residents have mostly fled in the face of heavy bombardment.

Both Maarat al-Numan and Saraqib lie on the key M5 highway connecting the capital Damascus to the second city Aleppo. The regime has been eyeing the road as it seeks to revive a moribund economy ravaged by almost nine years of war.