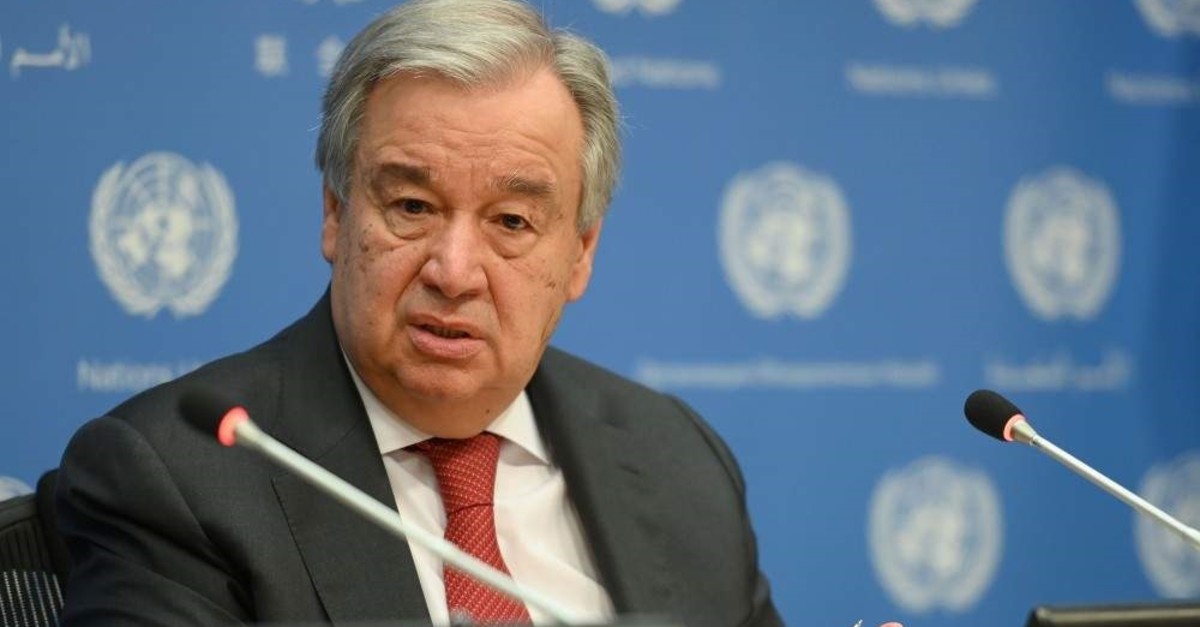 United Nations Secretary-General Antonio Guterres expressed his "enormous concern" regarding clashes between Turkish and Syrian regime forces in northwestern Syria's Idlib province and called for the violence to stop on Tuesday.

"We are particularly worried that now the escalation is at a point where we had (the) Turkish army and Syrian army bombing each other," said Guterres, outlining his priorities for 2020 at an hourlong news briefing.

"And that, of course, is a change in the nature of the conflict that is extremely worrying, and one reason more for the cessation of hostilities, before the escalation comes to a situation that then becomes totally out of control," he added.

Guterres also called for armed groups to allow aid workers to reach hundreds of thousands of civilians who have been affected by fighting in Idlib province, the last opposition-held bastion in the country's civil war.

"We don't believe there is a military solution for the conflict in Syria. We have said it time and time again, that the solution is political, and that the process needs to move on through the Geneva talks and then through the different steps related to it," said the U.N. chief.

On Monday, the Turkish and Syrian regime armies engaged in their deadliest clashes since the deployment of Turkish troops to Syria in 2016.

The incident further tested the uneasy coordination between Russia and Turkey – the two main foreign brokers in the Syrian conflict – which back opposing sides in the war-ravaged Idlib opposition enclave.

Turkey and Russia agreed in September 2018 to turn Idlib into a de-escalation zone where acts of aggression are expressly prohibited. The Syrian regime and its allies, however, have consistently broken the terms of the cease-fire – including a fresh cease-fire Jan. 12 – launching frequent attacks inside the zone and killing at least 1,300 civilians since the agreement.

Turkey has complained of the carnage and continued attacks and urged Russia to rein in its ally Assad to stop the bloodshed.

Russian-backed Syrian regime forces and militia have retaken dozens of villages in the last opposition enclave in recent weeks, pushing displaced populations ever closer to the Turkish border.

Pro-Assad forces are moving north along the M5 highway that connects the capital Damascus to Aleppo, crossing Idlib.