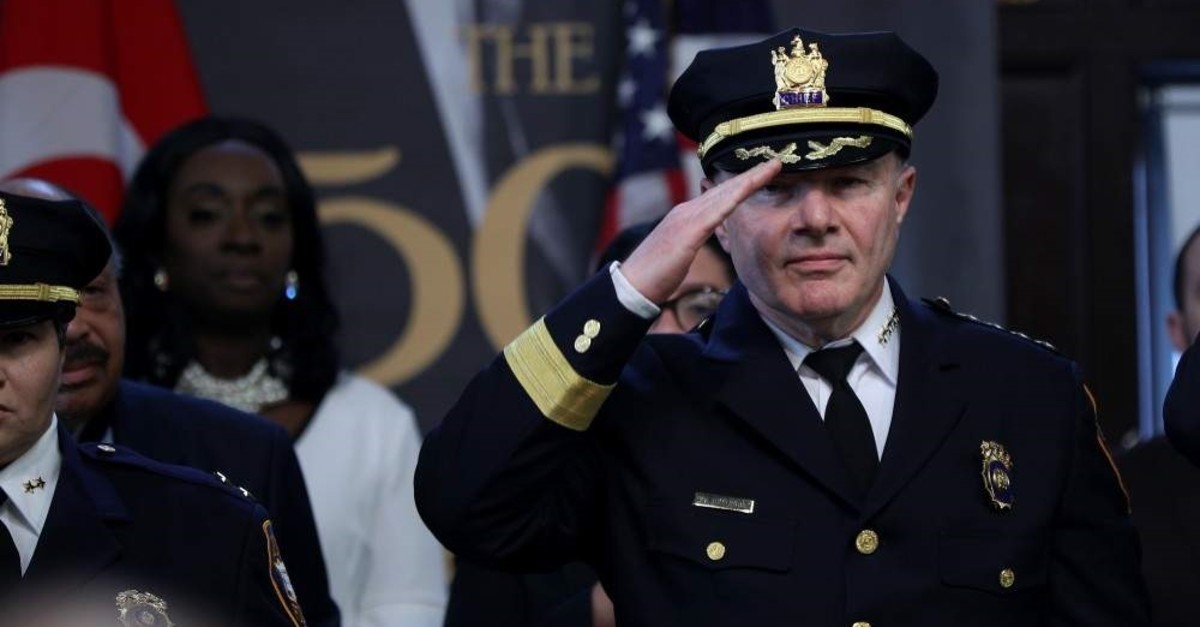 The first Turkish-American and Muslim police chief of the U.S., ?brahim ,Mike, Baycora. (AA PHOTO)
by Anadolu Agency Feb 05, 2020 1:18 pm
The city of Paterson in the U.S. state of New Jersey appointed its first Turkish-American and Muslim police chief Tuesday.
İbrahim "Mike" Baycora was sworn in with his left hand on a copy of the Quran as Paterson's 17th police chief during a ceremony at city hall. He has been serving at the city's police department for more than three decades.
The ceremony began with the national anthem and prayers and was attended by members of the Turkish community in New York and New Jersey, senior officials from Paterson's local government and Baycora's family and relatives.
Baycora replaced Troy Oswald, who retired as of February.
Speaking at the ceremony, Paterson Mayor Andre Sayegh said "Merhaba," "Hosgeldiniz" and "Nasılsın?" in the Turkish language, meaning "Hello," "Welcome" and "How are you," respectively.
Sayegh said Baycora "will be the first Turkish police chief in the history of the United States of America. He will be the first Muslim police chief in the city of Paterson."
The U.S. has made history, he added.
Baycora, for his part, said he was proud of his nationality and origin.
"As a kid from the east side of Paterson who grew up here attending school, Paterson has been my home for the better part of half a century," he said.
"Paterson has been in my blood my whole life, and now to be its police chief after a 32-year career, what an honor."
Speaking to Anadolu Agency (AA) following the ceremony, Baycora said: "I am so happy, so blessed."
"In this country, there is opportunity. It does not matter where you come from," he added.
Baycora, 60, came to the U.S. as an infant and grew up in Paterson.
On Wednesday, the Turkish National Police wished Baycora success in his new post. Releasing a statement on Twitter, the National Police said: “We, as the Turkish Police Organization, wish success to Police Chief İbrahim Baycora in his duty which he started with a swearing in with his hand on a copy of the Quran.”