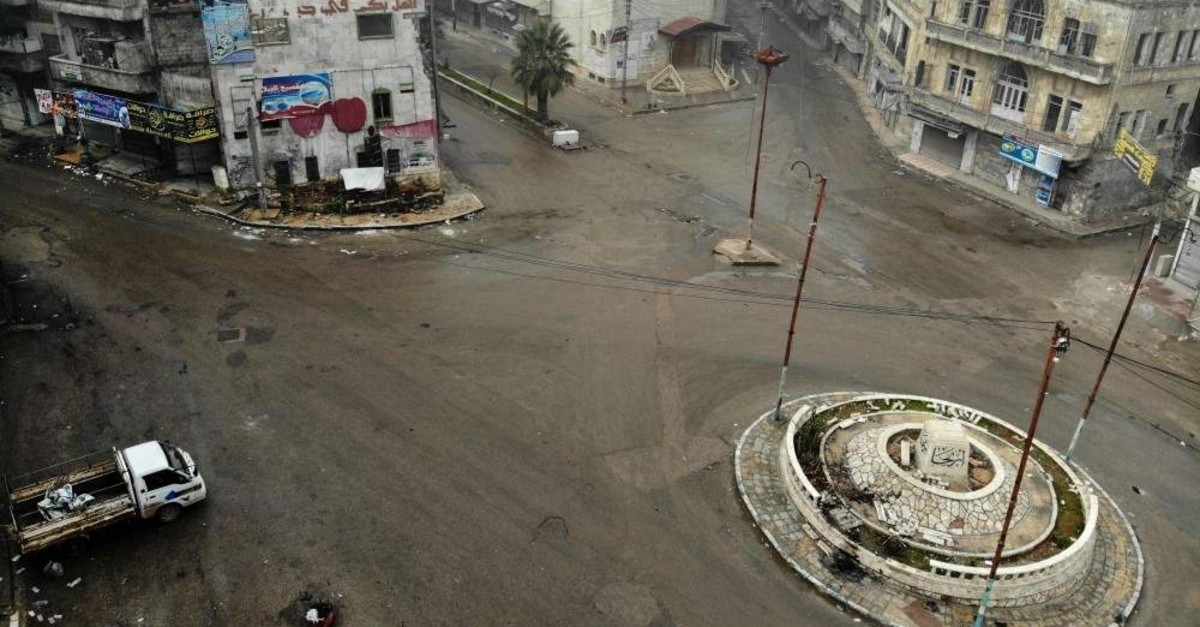 An aerial view taken on February 5, 2020, shows empty streets in the opposition-held town of Ariha in the northern countryside of Syria's Idlib province following an airstrike by pro-regime forces. (Photo by Omar HAJ KADOUR / AFP)
by Feb 06, 2020 3:03 pm

The European Union on Thursday called for an end to the bombings in northwestern Syria and the opening of a humanitarian corridor as Syrian forces push into the last rebel bastion of Idlib.

"Bombings and other attacks on civilians in northwest Syria must stop," the EU's diplomatic chief Josep Borrell said in a joint statement with the EU's humanitarian affairs commissioner Janez Lenarcic.

The top European Union officials called for "unimpeded humanitarian access to people in need of assistance" as well the "respect of humanitarian law, including the protection of civilians."

Backed by Russian aviation, the Syrian regime has intensified its attacks since December to gain ground in the final opposition stronghold of the country.

The EU reiterated its willingness to provide humanitarian assistance in the face of "the extraordinary human suffering being endured by the population," but called for "unhindered and secure access to assess and respond to the full range of needs."

The conflict in Syria has left more than 380,000 dead since 2011 and has driven more than half of the pre-war population of more than 20 million people into exile.