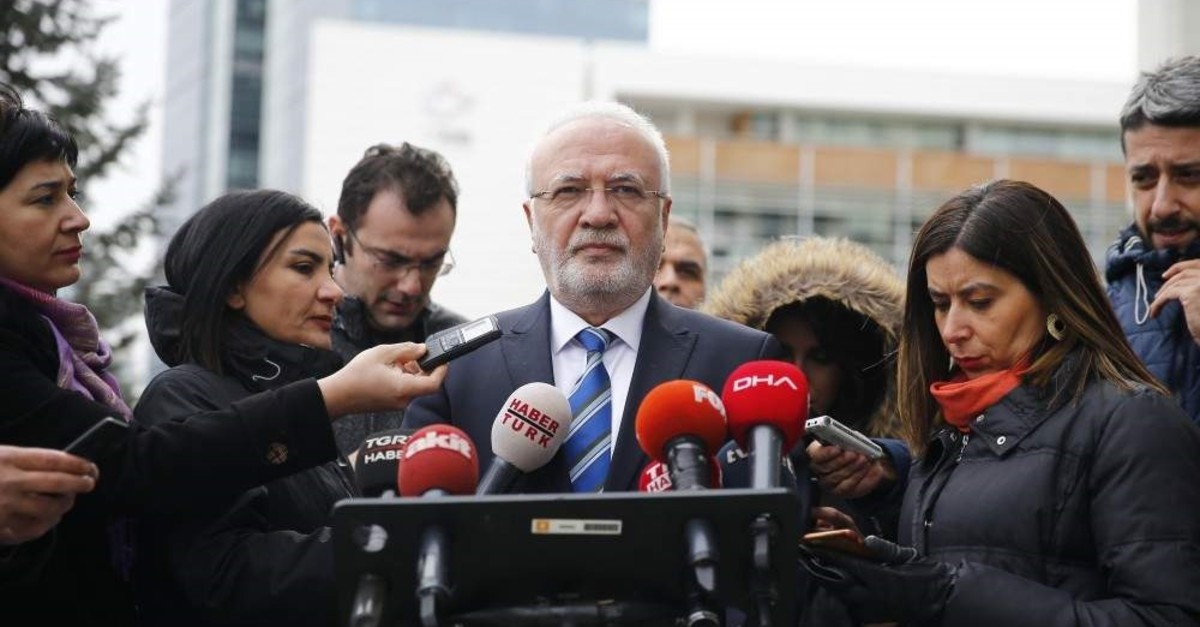 Ruling Justice and Development Party (AK Party) filed a criminal complaint on Friday against former Chief of Staff İlker Başbuğ for his "unfair" and "disrespectful" claims related to Gülenist Terror Group's (FETÖ) involvement in the military.

The party's Kayseri Deputy Mustafa Elitaş stated on Friday that the preparations against Başbuğ's claims are ready, alongside those of six other deputies, who are denunciating the former chief of staff.

Başbuğ, who was the 26th chief of staff of the Turkish military between the years of 2008-2010, spoke on a TV broadcast recently, claiming that the 2009 bill that enabled the military staff to be judged within the civilian courts was actually FETÖ's plan.

Apart from Elitaş, the deputies who filed the complaint included Bekir Bozdağ, Ahmet Aydın, Müfit Yetkin, Yahya Doğan and Mehmet Ceylan. "All the deputies and politicians should realize that this is an attempt to silence and defame the Parliament," Elitaş stated before filing the complaint.

Previously on Wednesday, party's spokesperson Ömer Çelik stated that Başbuğ's claims were both "unfair" and "disrespectful" against not only the people but also the position of the chief of staff and Turkish democracy.

"This is exploiting the position of chief of staff for personal interests," Çelik said, adding that Başbuğ has "clearly" failed in acknowledging the fact that military personnel can also be judged at civil courts, which is valid in "all the democracies of the world."

Expressing that this is about having trouble in acknowledging the democracy itself, Çelik said that since a person has suffered from a coup attempt, this does not mean that all his remarks are "untouchable" now.

"A person who has been a victim of a tutelage should not talk in a way that would encourage other tutelages," he underlined, adding that the denunciation represents a joint stance from the party.

Çelik further stated that by claiming such things, Başbuğ also targets parliamentarians who passed the bill that allowed the military staff to be judged in the civilian courts, which is why the deputies are issuing a criminal complaint.

"Claiming that deputies' attempt to defend themselves by filing against such claims would only make FETÖ happy is showing that the same mentality (of FETÖ) still persists," he stated, adding that the fight against the terrorist group will continue until it is completely cleared from every part of the Turkish state and society.