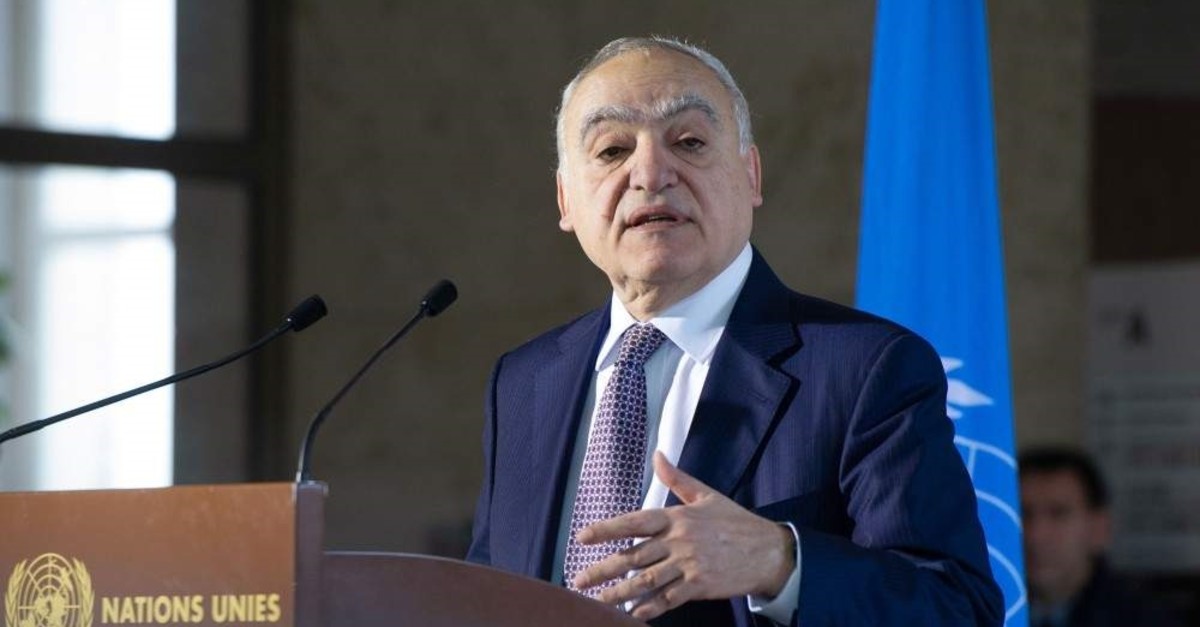 The political dialogue bringing together the warring sides in Libya as part of the peace process initiated by Turkey and Russia and followed by the Jan. 19 Berlin conference, is scheduled to start Feb. 26 even as putschist Khalifa Haftar continues to violate a fragile cease-fire with continuous attacks on the country's capital Tripoli.

Foreign intervention in support of warlord Haftar is in violation of the Berlin peace process, Libya's Prime Minister Fayez al-Sarraj of the U.N.-recognized Government of National Accord (GNA) said Thursday.

Haftar did not comply with the decisions taken at the Berlin conference on Libya last month, and there has been no strong reaction from the international community to hold him accountable, Sarraj said during a meeting with a delegation from Germany's Foreign Ministry in Tripoli.

The Prime Minister's Office said in a statement that Sarraj said continuing violations by Haftar's militias may force the government to reconsider participating in a possible dialogue.

Forces loyal to Haftar killed three civilians Wednesday, two of whom were children, violating the Berlin conference which called for a permanent cease-fire in the war-torn country.

U.N.'s Libyan special representative Ghassan Salame, on the other side, stated Thursday that the political track of the talks will take place before the end of the month.

There are three tracks determined in the application of the Berlin conference's conclusions reached on Jan. 19. The first one was the military track, which brought together five senior military officers from Haftar's so-called Libyan National Army and five representatives aligned with the internationally recognized GNA. The second track, which is the economic and financial track, will be held in Cairo on Feb. 9.

"The political track is a bit lagging because we are still waiting for the two chambers to select their representatives. One of them has finished its job; the other is having some difficulty having its act together, but we are hopeful that the 40 participants in the political dialogue will be here for the start of the political dialogue on Feb. 26," Salame added, saying that the three tracks are in action.

Indicating that the military track made good progress in the past few days, the U.N. envoy said the economic track will happen Sunday.

Salame's remarks came after the military commission met for the fourth day in Geneva. "We are still working on refining our basic draft and on bridging the gap on a few points of divergence that still exist between the two delegations," he said.

The U.N. envoy said both sides reached "convergence on a number of points," but there were two or three issues that needed more attention.

"We are talking about what is acceptable to both sides in Libya to translate it from a truce to a fully-fledged agreement on a cease-fire," said Salame.

Since the ousting of late ruler Moammar Gadhafi in 2011, two seats of power have emerged in Libya: one in eastern Libya supported mainly by Egypt and the United Arab Emirates and the other in Tripoli, which enjoys U.N. and international recognition.