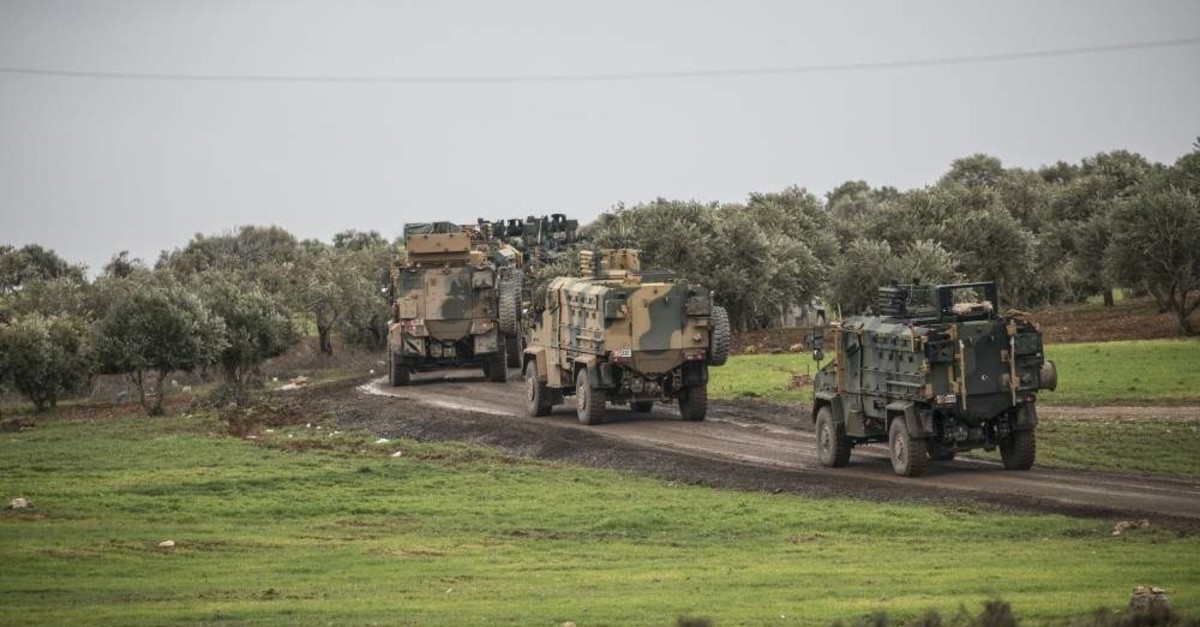 Turkish officials reiterated Saturday Ankara's willingness to defend the country's military observation points in northwestern Syria's Idlib amid an ongoing assault by the Russia-backed Assad regime that would drive hundreds of thousands of refugees into the country.

Turkey will give the harshest response within the scope of its right to self-defense if the observation points in Idlib face fresh attacks, the Defense Ministry said in a statement Saturday.

"Our observation points in Idlib continue to serve their duties and are capable of defending themselves with the arms and equipment they possess," it added.

The statement came in the wake of a fresh deployment to Idlib earlier on Saturday. Local sources told the Ihlas News Agency (IHA) that a convoy of at least 330 military vehicles entered Idlib through the Kafr Lusin pass and dispatched to different observation points.

This was one of the largest military convoys recently sent to the region, sources said.

Earlier, security sources emphasized they were only to reinforce the 12 existing posts established under a 2018 deal with Russia to prevent an offensive by Syrian regime forces.

Hundreds of thousands of people have been forced to flee their homes in recent weeks as the Syrian regime, backed by Russian airstrikes, presses an assault to retake Idlib.

On Monday, Syrian regime forces attacked Turkish troops, resulting in the deaths of seven Turkish soldiers and one civilian personnel. In retaliation, the Turkish military targeted more than 50 positions and neutralized more than 70 Syrian regime troops, according to Defense Minister Hulusi Akar.

Turkey says three of its outposts – all in the southeastern part of the region – have now been encircled by regime forces.

The U.K.-based Syrian Observatory of Human Rights monitor said Wednesday that Turkish troops at another position in Saraqib had shelled Syrian regime forces to prevent it from also being surrounded.

They added that Turkey's priority was to stop the Syrian regime's advance and reinstate the cease-fire, stressing that no Turkish soldiers would be evacuated.

Turkey and Russia have worked closely in recent years to resolve the situation in Idlib despite being on opposing sides of the conflict.

Security sources reiterated that coordination with Russia remained strong and that joint patrols in northeastern Syria were only canceled earlier this week due to "heavy weather conditions."

A delegation from Russia is expected in Turkey on Saturday for further talks, Turkish Foreign Minister Mevlüt Çavuşoğlu told reporters in Ankara.