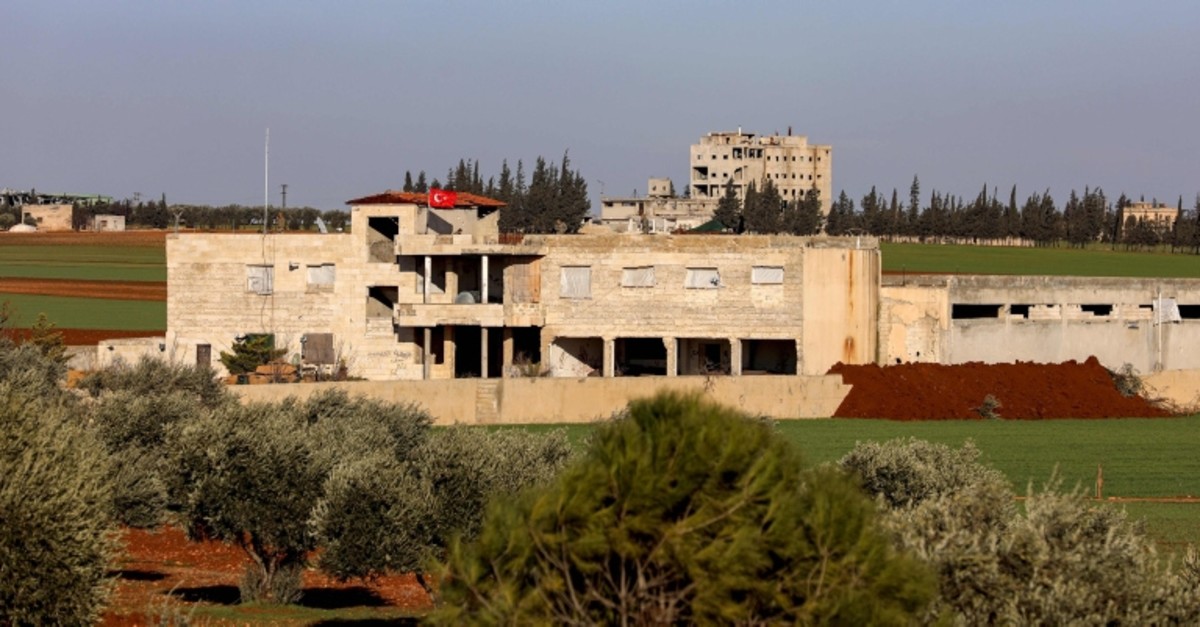 This Feb. 1, 2020, photo shows a view of a Turkish military observation point on the northern outskirts of the town of Saraqib, east of Idlib, northwestern Syria. (AFP Photo)
by Daily Sabah Feb 07, 2020 1:09 pm

Turkey took necessary measures to prevent further regime attacks in northwestern Syria’s Idlib and is ready to respond to any aggression, Defense Ministry warned yesterday.
“Observation points will continue to operate,” the ministry added, emphasizing that the coordination with Russia continues without problems on the ground.
The deadly attacks in Idlib province killed seven Turkish soldiers and one civilian contractor working with the Turkish military earlier this week.


“Our priority is providing a cease-fire in Idlib. We are taking the necessary steps in this direction and continue to do so. We have reinforced our troops to secure our observation posts,” security sources said.
The sources also confirmed that due to the regime attacks, three observation points in the region – point seven, eight, and nine – are currently under siege by regime forces.
Although Ankara and Moscow agreed to stop acts of aggression and turn Idlib into a de-escalation zone, the regime and Russia have consistently violated the cease-fire, launching frequent attacks inside the de-escalation zone.
As a guarantor state for Damascus, Russia is responsible for preventing attacks by the Assad regime and Iran-backed militia groups, which have repeatedly violated last year's Sochi agreement between Ankara and Moscow.
Syrian regime forces have continued to pound Idlib as part of an offensive that has killed 300 civilians since December and displaced 520,000 people.
Last Update: Feb 07, 2020 2:34 pm
RELATED TOPICS