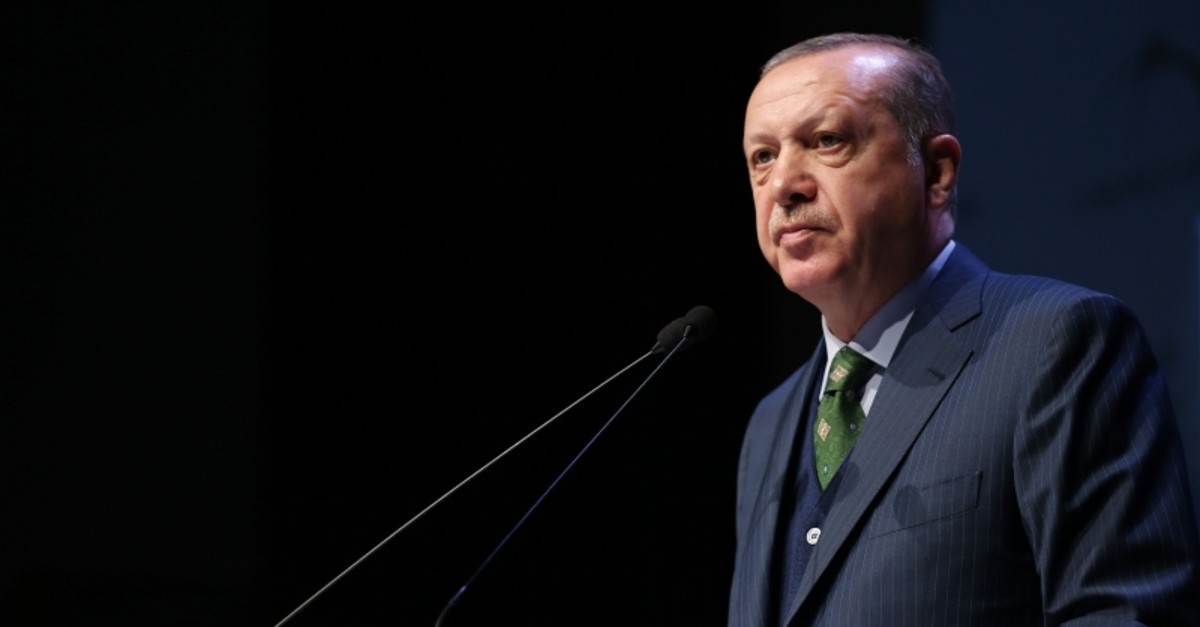 Turkey will not allow the implementation of Donald Trump's Middle East plan that legitimizes Israeli occupation under U.S. auspices, President Recep Tayyip Erdoğan said Sunday.
In a statement released on the sidelines of the third Conference of the Inter-parliamentary Jerusalem Platform in Malaysia's capital, Kuala Lumpur, Erdoğan noted that the so-called “Deal of the Century” completely destroys Palestinian existence and proposes the annexation of Jerusalem.
“The plan is nothing but a proposal that threatens peace and calm in the region,” he said.


Erdoğan highlighted that Israel reached its current borders through the destruction of Palestine and the suffering of Palestinians.
“Turkey will never remain silent on the annexation of Jerusalem or abandon its fellow Palestinian brothers in this fight,” he said, reiterating once again that Jerusalem is a “red line” for Turkey.
He urged Muslim countries to undertake the responsibility to protect the Al-Aqsa Mosque and the rights of Palestinians.
“The policy pursued by some Islamic countries against this step, which is the beginning of a process that will affect the entire world, especially the Middle East, has created a sad picture," he said, in disapproval of the silence and indifference of some countries to Trump’s controversial plan.
Trump recently unveiled the long-awaited peace plan for the Israeli-Palestinian conflict, although it had already been rejected by Palestinians. Israeli Prime Minister Benjamin Netanyahu was with Trump at the White House for the announcement, but no Palestinian officials were present. In a news conference, Trump later said Jerusalem will remain Israel's "undivided capital."
The so-called peace plan unilaterally annuls previous U.N. resolutions on the Palestinian issue and suggests giving Israel almost everything it has been demanding.
Following Trump's December 2017 decision to recognize Jerusalem as the capital of Israel, the issue was taken to the U.N. General Assembly after a draft resolution on the matter was vetoed 14-1 by the U.S. in the U.N. Security Council.
The U.N. General Assembly passed the draft resolution with 128 countries in favor, nine against and 35 abstentions on Dec. 21, 2017, asking the U.S. to withdraw its decision to recognize Jerusalem as Israel's capital.
Israel occupied east Jerusalem during the 1967 Arab-Israeli War. In 1980, in a move never recognized by the international community, Israel annexed the entire city, claiming it as the self-proclaimed Jewish state's "eternal and undivided" capital.