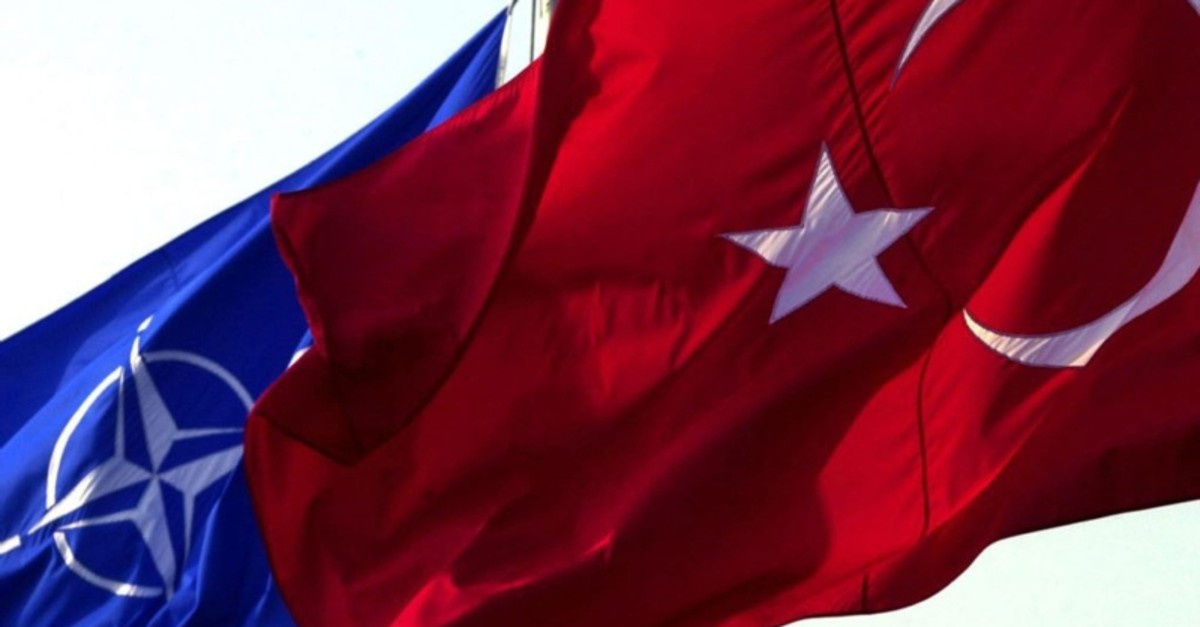 NATO's public image in Turkey is the worst among other member states, according to a Pew Research Center study released Monday, with a gradually worsening image in various other countries, including the U.S.

The study said 53% of people in 16 NATO members had a positive opinion of NATO, with less than a third expressing a negative view, most of whom were based in Turkey.

Turkey has been criticizing NATO for its failure in recognizing the country's legitimate security concerns and acting as a proper ally. The fight on terrorism, particularly against groups like the PKK, YPG and Gülenist Terror Group (FETÖ), has been a major sticking point for years now.

Recently, tensions between Ankara and NATO heightened after Turkey launched an operation in Syria to secure its borders from terrorist elements. Turkey launched Operation Peace Spring on Oct. 9 to eliminate all terrorist groups from northeastern Syria and create a safe zone along the border, paving the way for the voluntary return of Syrian refugees.

Several NATO members, including the U.S., France and Germany, criticized the operation, expressing concerns over a potential humanitarian crisis and wider instability in the region, ignoring Turkey's needs for support for its security.

Turkey also demands from the NATO allies to extradite FETÖ fugitives who played key roles in the July 15 coup attempt in 2016, which left 251 dead.

Turkish officials say more than 17,000 FETÖ-linked suspects have sought asylum in EU countries in the past three years.

Still acting under the guise of a charity movement, FETÖ is widely tolerated in Germany where about 14,000 of its members, who fled Turkey following the coup attempt, reside. Both federal and state governments embrace FETÖ members and turn a blind eye to their activities.

Another NATO ally Greece, which maintains somewhat strained ties with Turkey due to past hostilities and current tensions over sovereignty issues in the Aegean Sea dividing the two countries, has also turned into a haven for FETÖ members after eight putschist soldiers fled there.

Despite all these criticisms and attempts to create distance between Turkey and NATO, Ankara has repeatedly expressed its loyalty to the organization and reminded Europe of its position.

The survey further revealed that Turkey was not alone in its anti-NATO sentiments as the organization's image was getting worse compared to the past years in countries like the U.S. and France. The survey referred to the statements of the U.S. President Donald Trump and French President Emmanuel Macron, questioning the value of the Western alliance, as a reason behind this negative image.

Positive views of NATO, which relies on the commitment of its allies to collective defense, fell to 52% in the U.S. last year, from 64% in 2018, the study said.

In France, where Macron said last year the alliance was experiencing "brain death" because of a perceived failure to help resolve world conflicts, support fell to 49%, from 60% in 2017 and 71% in 2009. A figure for 2018 was not available.

NATO diplomats have long feared that Trump's portrayal of NATO as an alliance in crisis might erode U.S. public support.

While Macron's comments stunned other NATO leaders on the eve of a December summit in Britain, Trump has harangued allies since taking office in 2017 over perceived under-spending on defense. Trump threatened to pull America out of the alliance in 2018 and last year called low-spending allies "delinquent."

The Pew study noted that several countries "have soured on the alliance," including Germany, where support for NATO fell to 57% in 2019, from 63% in 2018.

Macron has defended his remarks as a useful wake-up call for allies, who he said were too focused on defense spending and other internal issues, rather than relations with Russia, NATO-member Turkey in Syria and the Middle East.

In Britain, however, where NATO is taking on greater symbolic importance following the country's decision to leave the EU, favorable views of NATO improved to 65% of Britons last year from 62% in 2017.

Overall, the alliance is seen most favorably in Poland, according to the study.