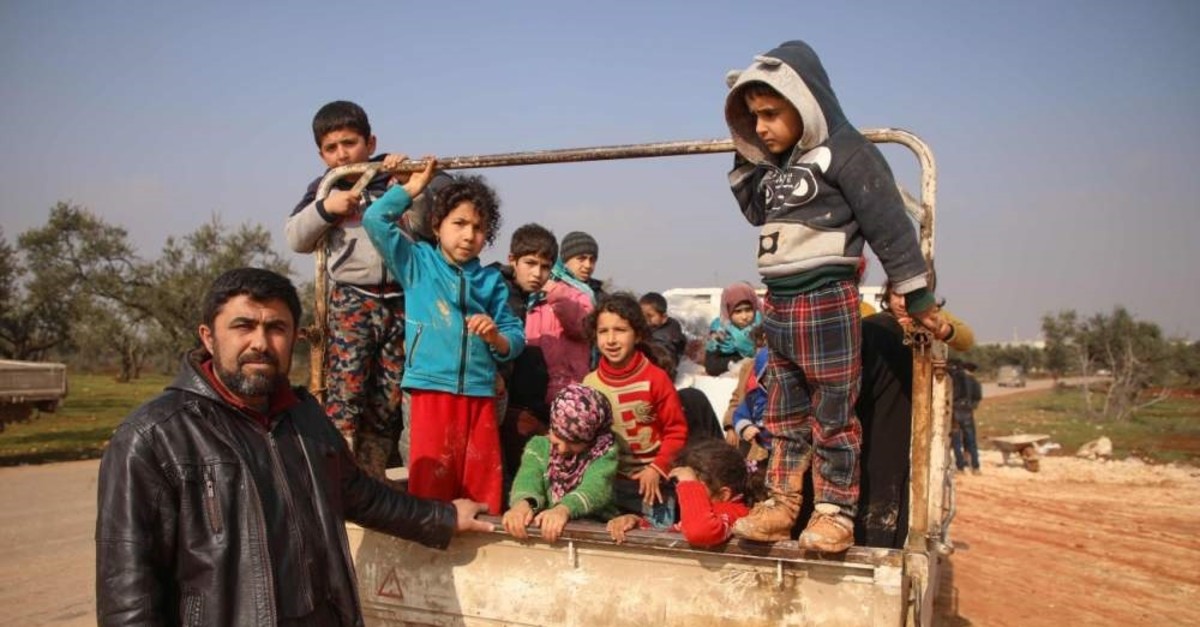 Displaced Mustafa Haj Ahmad poses for a picture with his children and relatives in a newly-established camp on the edges of Maaret Misreen town in Syria's Idlib province, Feb. 6, 2020. (AFP PHOTO)
by Daily Sabah with AFP Feb 10, 2020 4:09 pm

The violence in the provinces of Idlib and Aleppo has displaced 689,000 people, said David Swanson, spokesperson for the U.N.'s humanitarian coordination office, OCHA.

Turkey remains the country with the most refugees in the world, hosting more than 3.7 million migrants since the Syrian Civil War broke out in 2011.