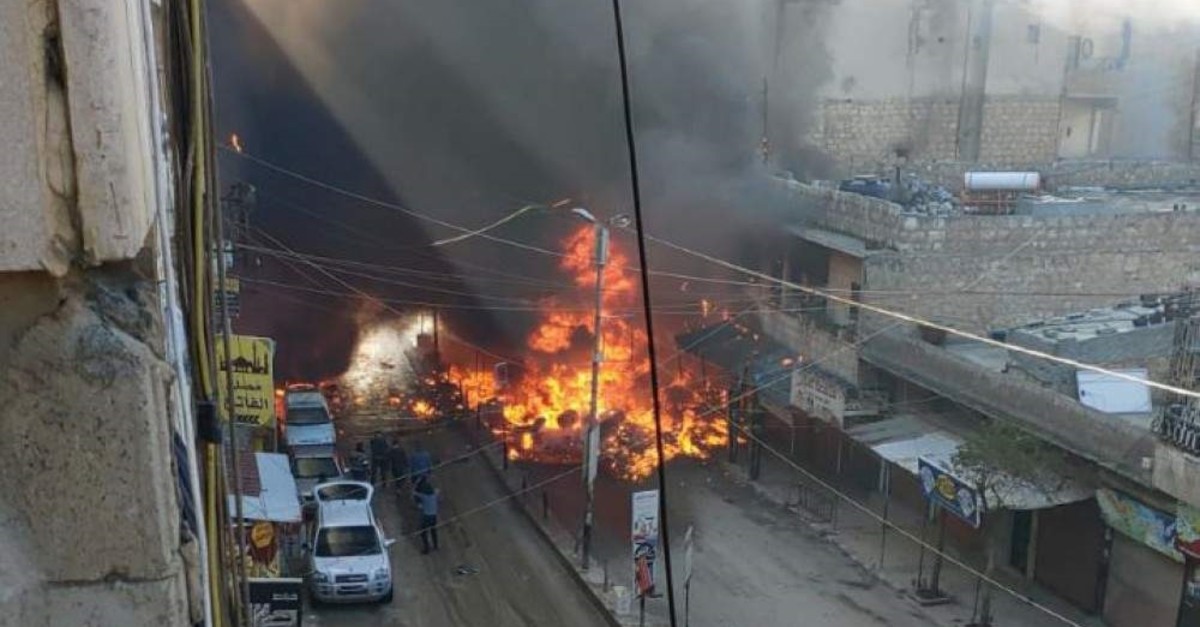 An attack by YPG/PKK terrorists in the northwestern Syrian town of Afrin killed at least eight civilians dead and injured many others, local sources said Monday.

The terrorists detonated a bomb-laden vehicle on Rajo Road near shops in the town center.

Civilians injured in the attack were immediately taken to nearby hospitals for treatment, Demirören News Agency (DHA) reported.

Afrin district had been a major hideout for the YPG/PKK since 2012 when the Bashar Assad regime left control of predominantly-Kurdish regions to the terrorist group to focus on the then-escalating civil war in other parts of the country.

On Jan. 20, 2018, the Turkish Armed Forces (TSK) and the Free Syrian Army (FSA) launched Operation Olive Branch to clear the district of the terrorist group.

The liberation of Afrin was announced on March 18, 2018, after the town center was cleared of terrorist elements.

Since then, efforts to return life back to normal have accelerated to enable the safe return of locals.