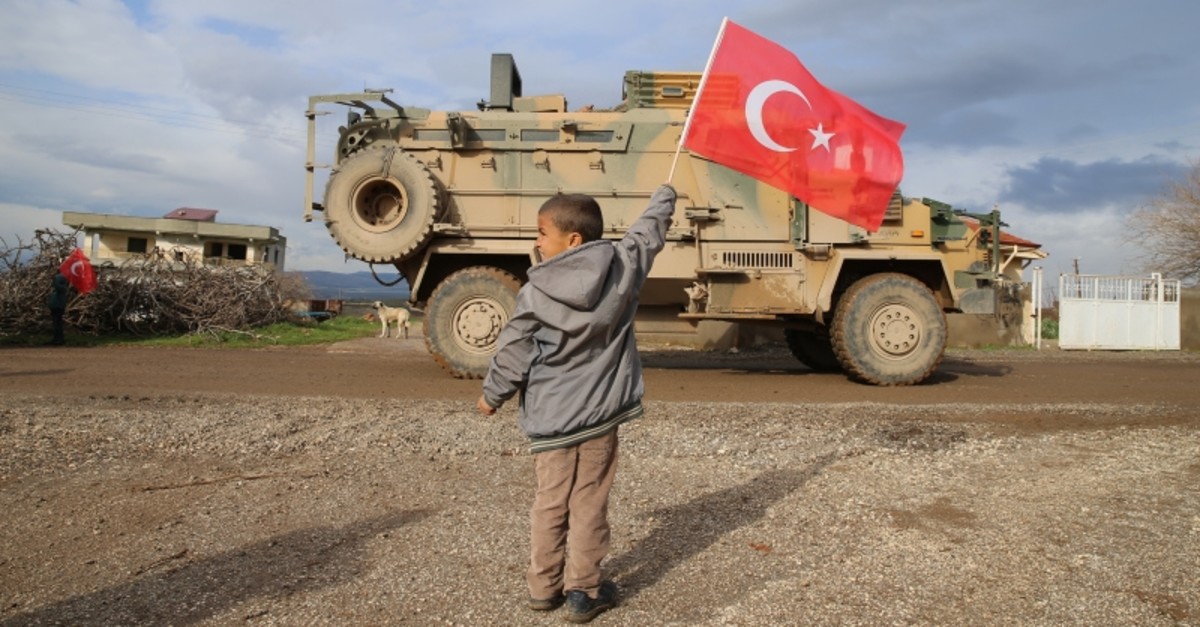 Defense Minister Hulusi Akar said late Tuesday that Turkey would not vacate any of its 12 observation posts in Idlib and warned that Turkish soldiers were under orders to retaliate forcefully to Assad regime attacks on the military posts.

“In the event of any action against them, they have been given instructions to retaliate even more powerfully," Akar said in an interview with The Associated Press. “In the event anything happens, there will be retaliation. We expect the regime to not take any action under any circumstances.”

"Europe and the world should provide serious and concrete support to stop the Assad regime's attacks in Idlib," he said.

“We have said over and over that we would not pull back our personnel, soldiers from there. They will continue their mission," Akar added.

In the interview, Akar also stated Turkey was pressing Russia to use its influence on the Assad regime to ensure that Syrian forces pull back to a previously agreed cease-fire line, and to vacate a strategic highway.

“We have asked for regime elements to immediately withdraw from the M5 route and we will continue to ask (for that),” Akar said.

“We want (them) to stop these regime attacks immediately, to (ensure) the ceasefire is complied with and in turn, for the people to return to their homes, their land,” the minister added.

“People who lose their homes and households try to do things in desperation and this strengthens the hands of the radicals. And in one way or another paves the way to radicalization,” he concluded.

Akar spoke hours before he was due to depart Ankara for a NATO defense ministers meeting in Brussels.

Akar is scheduled to attend a meeting of the NATO defense ministers in Brussels on Feb. 12-13, the country's Defense Ministry said on Tuesday.

Akar will also hold bilateral meetings with his counterparts, the ministry said in a statement.

He was expected to discuss the regional security issues as well as the humanitarian crisis in Idlib de-escalation zone.

The meetings are planned to be held at the NATO headquarters on Wednesday and Thursday under the chairmanship of NATO Secretary-General Jens Stoltenberg.

Meanwhile, the Turkish military and the Syrian National Army (SNA) launched an operation in Idlib as the number of Turkish casualties rose to 13 in attacks launched by the Bashar Assad regime on Monday.

Turkey remains the country with the most refugees in the world, hosting more than 3.7 million migrants since the start of the Syrian civil war.