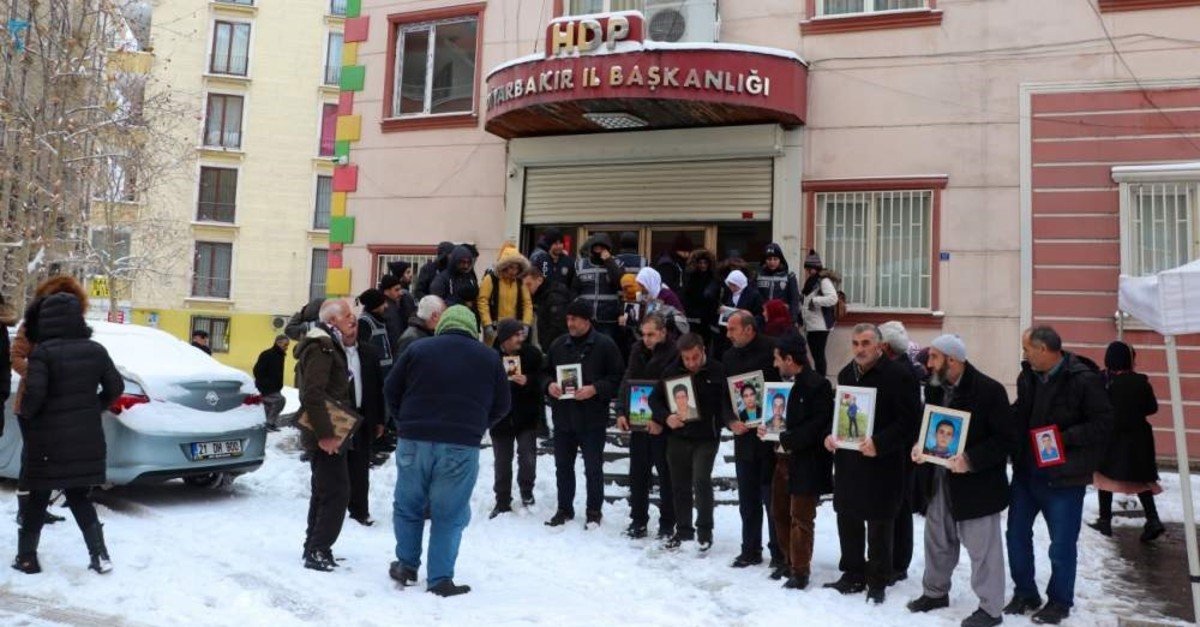 An ongoing sit-in protest in southeastern Turkey against the YPG/PKK terror group has entered its 164th day with families hunkering down and braving the cold weather.

The protest started last September after dozens of mothers camped outside pro-PKK People's Democratic Party's (HDP) office in Diyarbakır province, which is long accused by the Turkish government of having links to the terror group.

The number of protesters outside the office of HDP has since been swelling.

Families wait in the snow, often carrying a picture of their missing children, who they claim were forcibly recruited by the terrorists.

Cries of "Down with HDP" and "Down with PKK" echo at the protest camp.

One of the protesting mothers, Süheyla Demir, said she longs to reunite with her daughter Hayal, who was kidnapped from the eastern Ağrı province.

"The rage inside me cannot be cooled down by this snow, rather it will melt the snow," she said.

"You can continue your life from where you left," Demir said, calling out to her daughter to return.

Fatma Bingol said she would not leave until she meets her son Tuncay.

Salih Gökçe came from Ağrı in the hope of reuniting with his son Mehmet, who he said was kidnapped four years ago.

Another father Yasin Kaya joined the protest for his daughter Çiğdem.

"The weather is cold but my heart is burning. Dearest daughter, look your father is waiting for you in the snow," he said.

In its more than 30-year terror campaign against Turkey, the PKK – listed as a terrorist organization by Turkey, the U.S. and EU – has been responsible for the deaths of 40,000 people, including women, children and infants.