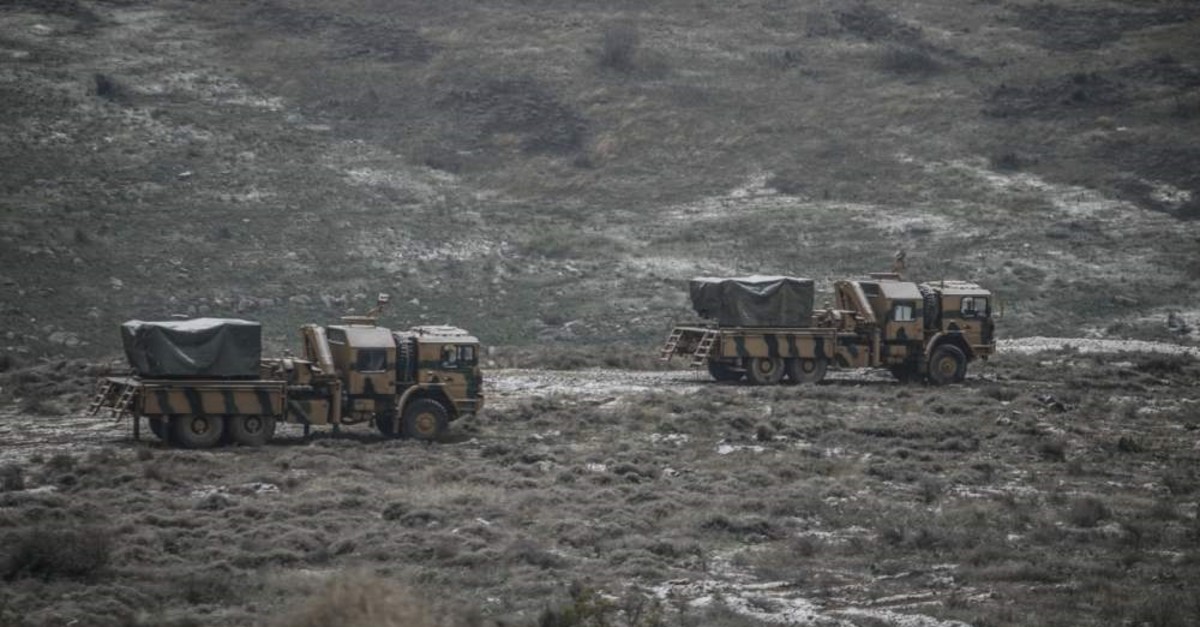 The Turkish military has dispatched more soldiers and stationed multiple rocket launchers on the Syrian border as it continues to reinforce units and equipment at Turkey's observation posts in northwestern Idlib province.

The rocket launchers were deployed in Hatay province, while commando squads headed to their units in armored vehicles.

In a statement, Defense Minister Hulusi Akar said Turkey is dispatching additional units to uphold and ensure the sustainability of the cease-fire and gain control over the area in Idlib.

"Turkish troops will use force against everyone who does not abide by the Idlib cease-fire, including radical groups," Akar told reporters on the sidelines of a NATO summit in Brussels.

Defense Minister Hulusi Akar has also reiterated Turkey's determination to ensure security in Idlib, noting that the country has alternative plans if all else fails.

Assad regime forces entered the strategic town of Saraqib in Idlib in a renewed push by the regime to recapture the last opposition bastion, disregarding Turkey's warnings to withdraw.