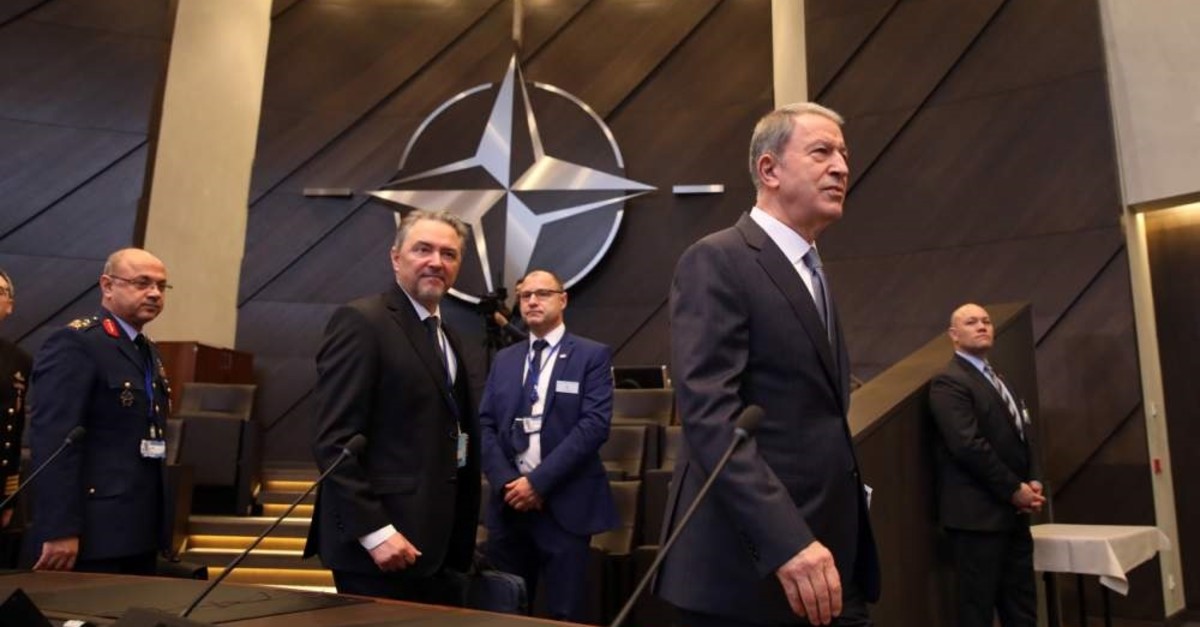 Turkish Defense Minister Hulusi Akar and his Greek counterpart Nikos Panagiotopoulos have agreed to hold bilateral confidence-building talks later this month. The ministers met on the sidelines of a NATO meeting in Brussels Wednesday.

Talks between the delegations from the two countries will take place in Athens between Feb. 17 and Feb. 21.

Akar and Panagiotopoulos both underlined the importance of keeping dialogue channels open between the two NATO allies.

Strained relations between neighbors Greece and Turkey have taken a turn for the worse in recent months due to the added burden of migration and an energy exploration race in the Eastern Mediterranean.

Akar also attended the first session of the NATO Defense Ministers Meeting, which addressed the alliance's operations and missions.

At the two-day meeting in Brussels, NATO defense ministers discussed security and stability in the Middle East with a special focus on the fight against Daesh terror group as well as the alliance's role in Afghanistan and its response to Russian missile deployments.

Speaking at the event, the alliance's secretary-general told reporters that NATO is "ready to step up" to fight against Daesh and provide more security in the Middle East.

"It is extremely important for us that ISIS (Daesh) never returns," Jens Stoltenberg underlined, referring to the "horrendous violence" caused by the terrorist organization.

Stoltenberg urged the ministers to reiterate their commitment to NATO's training mission in Iraq, which he said plays a crucial role in the fight against Daesh. He added that other ways of helping Iraq and other countries in the region would also be on the table during the talks.

He also cited the alliance's training mission in Afghanistan, meant to reduce violence between the government and Taliban militants.

Stoltenberg did not hide his concerns over the new Russian missile systems that "violate the INF treaty." Despite Russia's non-respect for the arms control agreement, NATO "has no intention to deploy new land-based missiles in Europe," he said.

He confirmed that the alliance was interested in developing conventional capabilities and air-to-air missile defense systems, as well as re-establishing an effective arms control regime.

Akar is also expected to hold bilateral talks with his counterparts on recent attacks by Syria's Bashar Assad regime against civilians in the Idlib de-escalation zone in northwestern Syria.

A day earlier, Stoltenberg condemned the attacks calling them "horrendous attacks against civilians."

"We call on Assad and Russia, because Russia provides support to the regime, to stop these attacks, to respect international law and to fully support the U.N. efforts to try to find a peaceful solution," he told reporters at a press conference Wednesday.