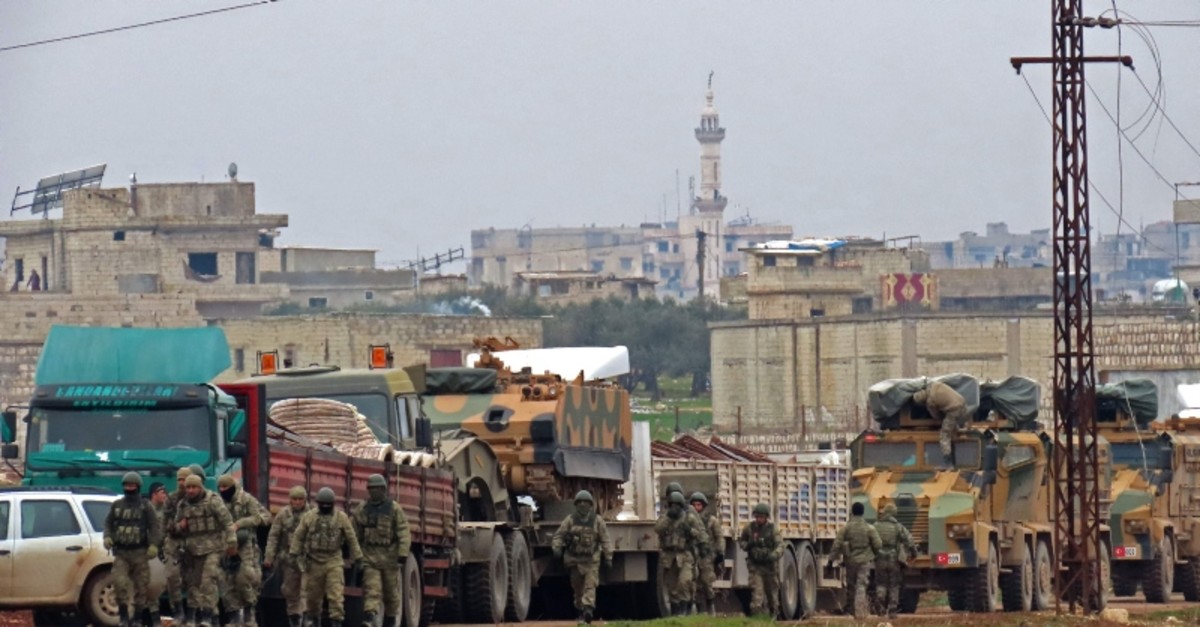 Turkish military vehicles are pictured in the town of Binnish in Syriau2019s northwestern province of Idlib, near the Syria-Turkey border on Feb. 12, 2020 (AFP Photo)
by Daily Sabah Feb 14, 2020 9:28 am

The Turkish military has been retaliating against Assad regime forces and has been reinforcing its observation posts in Idlib following two attacks by the regime, which left 13 Turkish soldiers and a civilian dead, and 45 others injured.

Defense Minister Hulusi Akar has also reiterated Turkey's determination to ensure security in Idlib, noting that the country has alternative plans if all else fails.