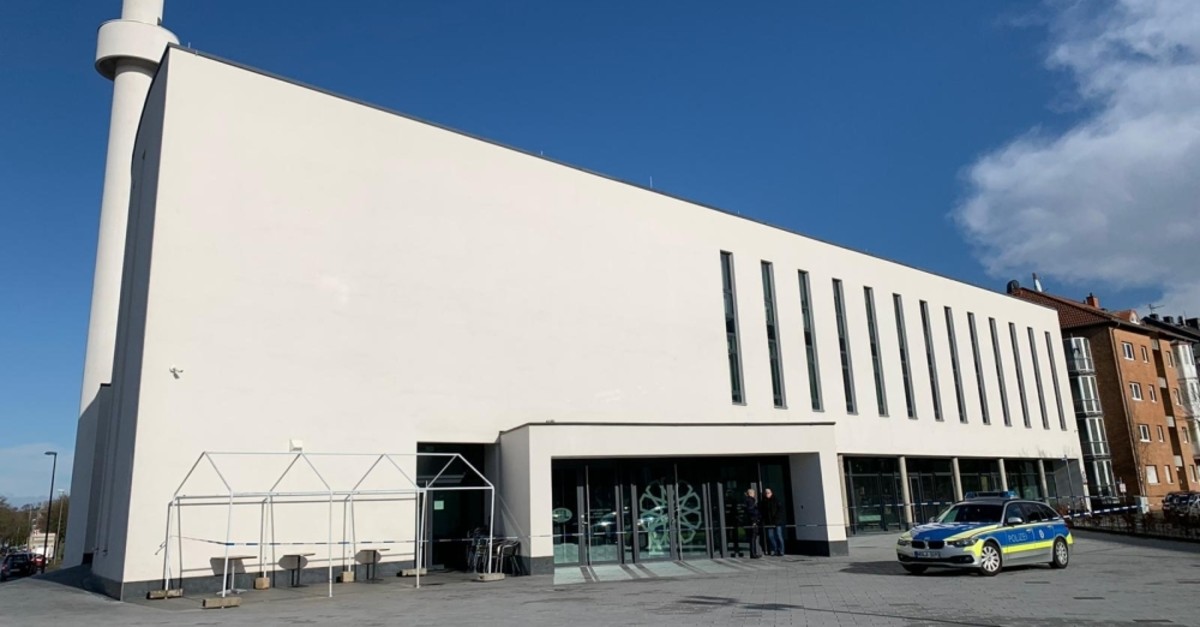 The recent increase in hateful attacks and threats against mosques and djemevis (Alevi places of worship) in Germany have sparked concern among the targeted communities while the far-right Alternative for Germany (AfD) party asked the parliament to take precautions against the "spread of Islam" in Germany and to research the alleged link between the Muslim Brotherhood and the Turkish-Islamic Union for Religious Affairs (DİTİB).

According to the German Deutsche Welle, there have been five bomb threats against mosques in the last two days. The police have announced that an investigation was launched into the calls.

Aiman Mazyek, chairman of the Central Council of Muslims in Germany, in his announcement on the issue Thursday urged for higher security precautions. "We witness such incidents almost every week," he said, adding that such incidents could encourage potential attackers.

The Alevi Federation Germany in Marl province, on the other hand, protested the attack against the Bektashi Cultural Center on Feb. 11.

Every other day throughout the course of 2019, a mosque, a Muslim institution or a religious representative in Germany was targeted in anti-Muslim attacks, an inquiry by Germany's Left Party (Die Linke) showed recently.

The figure was collated by the German Interior Ministry under the scope of the new "Attack Catalogue," listing anti-Muslim attacks on cultural associations, cemeteries, mosques, religious institutions, representatives, symbols and other places of worship since January 2019. The catalog only contains a portion of all the crimes against Islam but has a broader scope than only listing the attacks on mosques, the German daily pointed out.

According to the report, there have been 184 anti-Muslim attacks in 2019, including hate speech, threats, assault, vandalism and property damage. The number of attacks could increase due to the late reporting of cases.

Furthermore, the resolution submitted by the AfD which demands that precautions be taken against the "spread of Islam" in Germany was discussed Thursday in the parliament. The resolution also underlined that institutions linked to the Muslim Brotherhood had to be watched closely. The resolution has drawn heavy criticism from the coalition and other parties.

Hamburg deputy Christoph de Vries called the proposal a "two-faced application," while he highlighted that the AfD was deliberately trying to show all Muslims as extremists. De Vries further stressed that the 4.5 million Muslims in Germany were living in peace and friendship.

Struggle to crack down on far-right extremists continues

German authorities raided sites linked to five people suspected of forming a "right-wing terrorist organization" and planning to carry out attacks against politicians and minorities. Federal prosecutors say the raids took place Friday at 13 locations in six states. Prosecutors said the five suspects are alleged to have formed an organization in September 2019 with the aim of overthrowing the state and social order in Germany. They allege that the suspects wanted to achieve their goal "with as yet unspecified attacks against politicians, asylum-seekers and Muslims to provoke a civil war-like situation." Eight other people are being investigated on suspicion of pledging to financially support the group, procure weapons or participate in future attacks.

The move came after the country announced last month it would ban the neo-Nazi group Combat 18 Deutschland in what the country's top security official said was a "clear message" against far-right extremism and anti-Semitism. The group is an offshoot of Combat 18, which was founded in Britain in the early 1990s as a militant wing of the British National Party. The number 18 stands for the first and eighth letters of the alphabet, AH, which are the initials of Nazi leader Adolf Hitler.

Facing growing far-right extremism, Germany has been shaken by more than 100 bomb and death threats sent to lawyers, politicians and institutions last year, apparently by German neo-Nazi groups, local media reported, revealing the threat of a growing neo-Nazi presence in the country.

Twelve people targeted in raids against an alleged right-wing terrorist group in Germany on Friday have been detained, prosecutors said.

Prosecutors said they had firmed up the accusations against the suspects following the raids.

The 12 - all German men - are expected to be brought before a judge on Friday or Saturday, who will decide whether they should be remanded in custody or released. Thirteen people in total had been targeted in the raids.